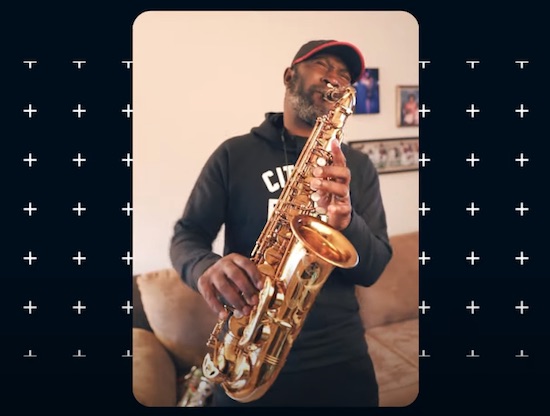 Craig Mack’s “Flava In Ya Ear (Remix)" is one of the all-time greatest posse cuts ever. Produced by Easy Mo Bee, the track featured a who’s who of '90s rap royalty. Saxophonist Mike Phillips recreates this magic with his own version of the “Flava In Ya Ear (Remix)" featuring a who’s who of indie soul artists. And just like that remix, you know they had to do a video right? Following in the footsteps of other music videos pulled together during the coronavirus pandemic, Mike and guests make the most out of their quarantined quarters.

For the visual, Phillips and friends make magic in a group video chat, which actually works out in his favor considering he has 50-11 artists joining him on the track. But thanks to social distancing and conservative budgets, he was able to get footage from Stevie Wonder, PJ Morton, Eric Roberson, Avery*Sunshine, Raheem DeVaughn, Leela James, Angie Fisher, Erik “Blu2th” Griggs, Naturally 7, Tyrone Hendrix, Ashley Jayy, Jarrod Lawson, DJ Mal-Ski, Darien Dean, The Phillips Kids, Sanura and a few others and make it work. All artists take turns singing the lyrics from the classic rap from the comfort and safety of their own homes.

Mike Phillips and friends' “Flava In Ya Ear (Remix)” comes from his most recent album, Pulling Off The Covers. While The 'Rona has shut down most of the music industry, he's not letting any grass grow under his feet during this downtime, recently taking over DJ D-Nice's IG Live for a couple of live shows with his band kicking some jazzy flava to Club Quarantine.