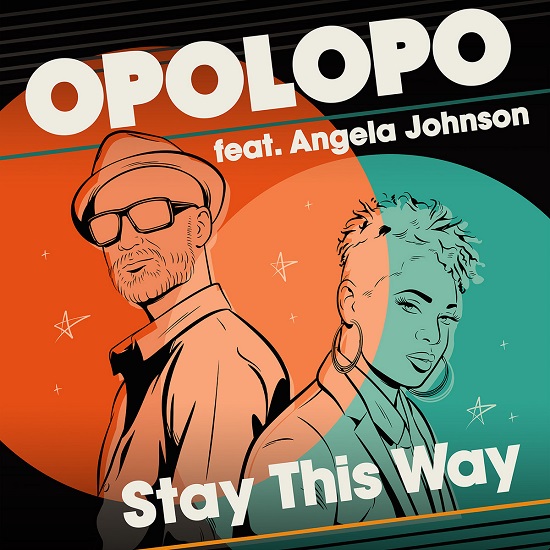 The Brand New Heavies made their first official mark on the United States when they dropped their single "Stay This Way" back in 1991. Since then, the song has become one of their signature tracks and is trotted out whenever fans and music lovers alike need a burst of feel-good vibes in their lives. The song has also inspired folks like Opolopo, who has recreated the tune alongside songstress Angela Johnson to bring it into a new era.

Opolopo injects the straightforward funk and soul of the original with a dose of house, ticking up the bpm just slightly and adding more percussion into the mix to transform it to even more of a dance floor burner. And we do mean it's a burner, as the readjusted groove demands that you get out on the floor from the minute the first note is played. Angela Johnson, meanwhile, does N'Dea Davenport proud with a stunning vocal that captures the joy of finding everlasting love without attempting to merely imitate the revered songstress' style. One surprising thing about their remake of the song is that it is actually longer than the nearly six-minute version that the Heavies cut, clocking in at a pleasurable seven minutes that allows time for the groove to breathe and even work in a few instrumental breaks along the way.

While this new take on "Stay This Way" doesn't try to supplant the original by any means, it definitely rivals it in quality. Let Opolopo and Angela Johnson be your inspiration to put on your dancing shoes when you listen to their cover of the track and then run to Bandcamp to make the song your own.


TAGS:  angela johnson, audio, n'dea davenport, Opolopo, the brand new heavies
Previous: ‘Sherman’s Showcase’ Predicted The Future In This ‘Add Some Kente’ Skit Next: Sons Of The James Make Us ‘Happy’ With ‘Things I Should Have Said’