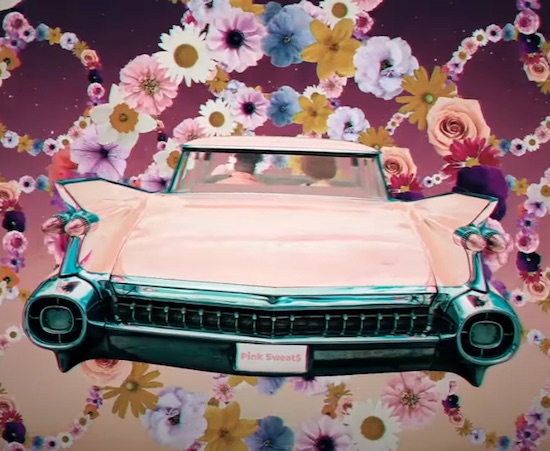 Pink Sweat$ continues to get his shine on as more and more people warm up to the “Honesty” singer. And now that his work has been featured on the Insecure Season 4 soundtrack, more people will get to know his smooth R&B vibes. He already showed up on the first episode of the season with the mid-tempo “Ride With Me,” and his music recently made a second appearance this season on episode 9 with the laid-back track “Cadillac Drive” featuring Price.

“Let’s kick back, catch a vibe / Let me unwind your mind,” Pink Sweat$ dreamily croons on the first verse over melodic instrumentation of synthesizer, bass and programmed drums. The song uses a few automobile metaphors but doesn't overdo it, making the track a smooth ride. Price does his part on the third verse, assuring his lover that he's ride or die.. "I know all your hurt, I know all your pain, I know all your dirt,” he spits.

To accompany "Cadilac Drive" making its debut on Insecure, Pink Sweat$ released a super cool animated video, reminiscent of Michael Jackson’s “Leave Me Alone.” In the clip, we find Sweat$ driving through a psychedelic landscape with a lovely lady in the passenger seat of his classic Cadillac. The epic road trip features winged white Bengal tigers, pink flamingos, flowers, UFOs and other out-of-this-world visuals. Price later comes through to join Sweat$ and fly through space. The two artists cross paths while upside down and drive off into the sunset, which is really a large orange boombox. The visual is quite a spectacle but we've come to expect no less from Pink Sweat$ who always keeps us on our toes with his music videos.

Get into the dreamy groove of "Cadillac Drive," and be sure to tune into the season finale of Insecure this Sunday night to see whose arms Issa ends up in and to hear what songs set the scene. 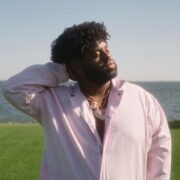 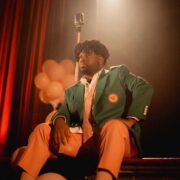 Pink Sweat$ Has A Schoolboy Crush In ‘Nothing Feels Better’