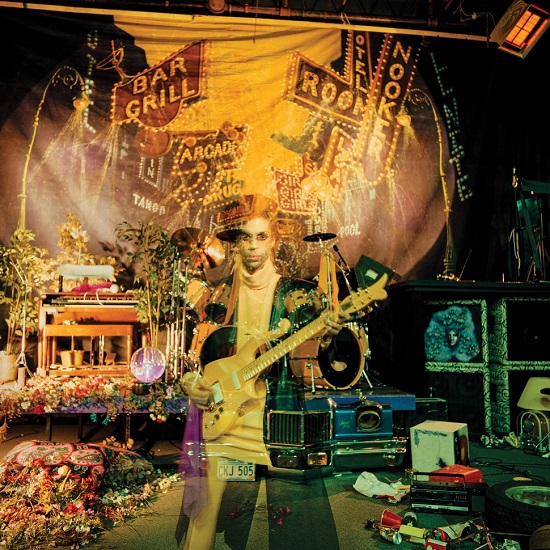 Nothing — and we mean nothing — can make up for the absence we've felt since the untimely passing of the one and only Prince. However, being able to get peeks into his storied vault (and knowing that we'll be hearing unreleased Prince tracks for quite some time to come) gives us all some kind of solace. His estate is opening up the vault once again after giving us deluxe editions of 1999 and Purple Rain, they're turning us out with an absolutely massive reissue of 1987's forever timely Sign O' The Times.

We're not using the term massive loosely here, as this reissue will be offering up 92 tracks of Prince-ly goodness for us to enjoy. The original album will be available in a remastered 2 CD/2 LP peach vinyl edition that will comprise the original 16 tracks. However, it's the expanded deluxe editions that will offer the deeper dive. The deluxe edition will be a 3 CD/4 LP affair with the original remastered album plus a collection of single mixes and edits from the album (including 7" versions of "If I Was Your Girlfriend" and "Housequake").

The real star of this story, though, is the super deluxe edition. An 8 CD/13 LP behemoth, it will feature all the tracks included on the other two versions along with five more volumes of material — including three CDs worth of unreleased music from Prince's vault, a live recording from the Sign O' The Times tour stop in Utrecht and a DVD of a Sign O' The Times tour performance at Paisley Park on New Year's Eve 1987 (which also features Prince's infamous onstage collaboration with the legendary Miles Davis). As if that weren't enough, this edition also includes a 120-page hardcover book featuring handwritten lyrics for songs from this time period and liner notes that include comments from the likes of Dave Chappelle and Lenny Kravitz as well as scholars and his trusted engineer Susan Rogers.

Suffice it to say, that is a lot of Prince in one place and more than enough for even the biggest fan to comb through. The remastered reissues will be available for purchase on September 25th and can be pre-ordered via the Prince store. The estate has offered up unreleased track "Witness 4 The Prosecution," which has a distinct flavor that is obviously influenced the likes of Sly And The Family Stone and Parliament/Funkadelic, to tide us over until then and you can take a listen to the funky foot stomper below.