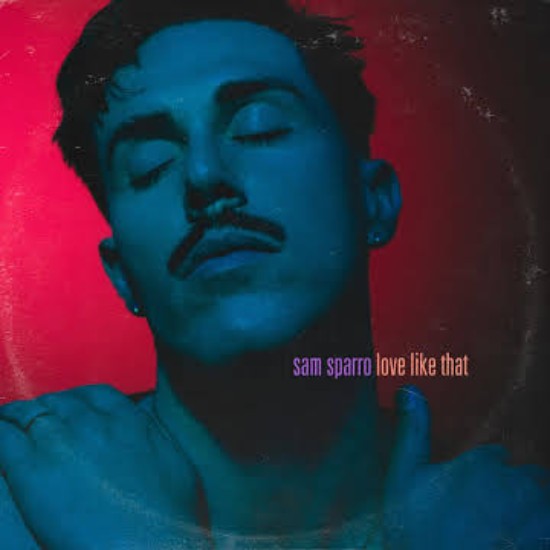 Since its premiere, Sam Sparro's Boombox Eternal has been in constant rotation here at SBHQ. Three months later, the nostalgic overtones continue to transport our minds to happier spaces, especially in the midst of these unsettling times. An unmistakable homage to SoulBounce Queen, Janet Jackson, it's no surprise that "Love Like That" was an instant favorite with its Jimmy Jam & Terry Lewis-style arrangement. So when we heard that the talented Australian dropped a maxi-single dedicated to the tune, we were beyond ready.

Leave it up to Sparro to make the infectious groove – which he co-wrote with RuthAnne – even more irresistible. The set begins with the "Radio Edit" that most are familiar with. From there, Tokyo-based DJ Initial Talk takes over, injecting the tune with a bit of smoothed-out, '90s sex-appeal. Don't miss the opportunity to get fully immersed in IT's remix with the "Instrumental" track that closes out the set. But before you get there, Sam's got a few more surprises in store.

First, he dips into 2015's Quantum Physical, Vol. 2 to pull out "In Your Heaven." Feelin93 comes through in a major way, giving the song a wicked makeover in the style of New Jack Swing. Just when you think it can't get any better, he circles back to "Love Like That" with a "12" Extended Mix." Clocking in around 6 and a half minutes, this bomb version is worth the price of admission alone. Sam messed around and included dance breaks, y'all! This is not a drill! Do your stretches and warm-ups. You've been warned.

"Love Like That (Maxi-Single)" is currently available via your favorite retailers. Get your copy today and keep up with Sam Sparro on Twitter.