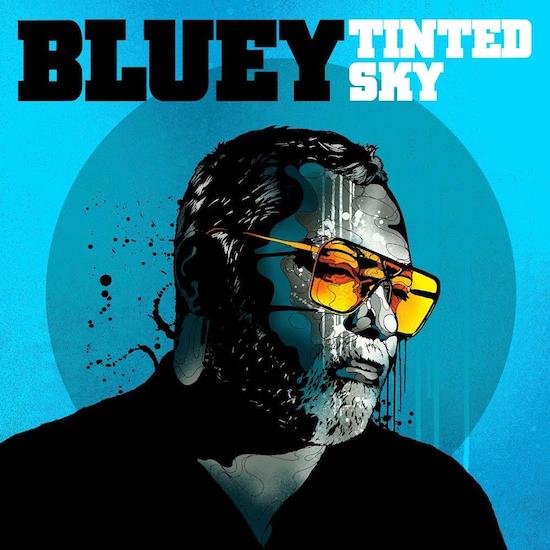 Although nights out at concerts and trips to festivals have been canceled thanks to the coronavirus pandemic, music has been one of the few things helping us to keep our sanity during these insane times we're living in. Thankfully, creativity and artistry aren't canceled, though, as seen by artists who've continued to create and release music for their fans' listening pleasure. One such artist is Incognito founder and acid jazz pioneer Jean-Paul "Bluey" Maunick who is readying the release of his third solo album, Tinted Sky, on Friday, June 26th, and SoulBounce is happy to provide the exclusive world premiere of the project.

We got our first taste of Tinted Sky when we premiered the groovy number "Had To Make You Mine" last month. As suspected, Bluey has a whole album of grooves where that came from on this collection that he collaborated on with Richard Bull. Bluey welcomed the chance to scale back while working on this project. “I get to escape the band," he stated via press release. "When you live in a large family in one house, it’s great to pack up in the middle of the night and disappear where nobody knows your name, live off the land and to do things without the big picture in mind. Just do! That’s what this is!”

What Bluey has done on Tinted Sky is take the listener on an audio vacation with 11 tracks leading to different destinations. The set opens with the bass-heavy jam "You Are The One," with Bluey taking his lady love for a twirl on the dance floor. He slows the tempo down on "Don't Ask Me Why" and the mostly instrumental track "Back Here Again." Love is back on his mind on "From The Break Of Dawn," while he takes an unexpected sonic detour on the introspective "Make It Last Forever." He gets us back on the dance floor with a two-step on "Nobody Knows" before dropping the thought-provoking, piano-driven track "Unaware." Probably the song that sounds most like an Incognito release is the smooth uptempo "Crazy Bout You." The title track follows with the song "Floating Worlds" ending the set featuring a timely spoken-word piece from Bluey.

According to Bluey, “There is no specific theme other than my voice, my guitar and the album's sonic quality," when it comes to Tinted Sky. With those three things at the root, the album has allowed the artist to once again spread his creative wings and flex his range.

Be the first to listen to Bluey's Tinted Sky right here, and look out for the official U.S. release on Shanachie Entertainment on Friday.

TAGS:  audio, bluey, incognito, Jean-Paul "Bluey" Maunick, Richard Bull
Previous: JoJo Refuses To Keep The ‘Small Things’ Bottled Up Next: H.E.R. Gets Her Feelings On The Movement Out With ‘I Can’t Breathe’