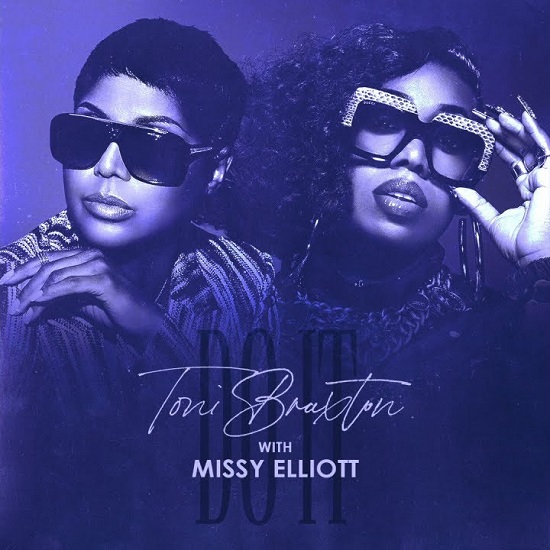 We have a confession. While we like Toni Braxton and her recent single "Do It," we couldn't help but wish that she had released something a little livelier as she prepares her upcoming eighth solo studio album. Little did we know that Toni already had a little somethin' somethin' already lined up for us. Now the singer reveals the ace up her sleeve by dropping a revamped version of "Do It" that features fellow music legend Missy Elliott bringing her signature sauce to spice things up.

The most noticeable change that occurs here, outside of Missy's feature of course, is the switch-up of the beat. The somber piano of the original is matched with a trap-style stuttering high-hat and knocking drums that might make you want to bounce that thang as you get over your broken heart. The beat takes us through Toni's initial verses — in which she addresses a friend who needs to let her tired man loose — and two rounds of the chorus. After that, it's Missy time and the rap vet doesn't disappoint. "Let him go I gotta do it 'cause he already done blew it / I just tell him screw it, so much s**t, he put me through it," she spits at breakneck speed. "Yeah I thought I knew it how I got myself into it / Must've been that good sex / How he had me 'bout to lose it." Her rap puts even more fire into Toni's message, letting women everywhere know to move on when it's time (and maybe have a bit of a bop in your step when you do it).

Surprisingly, this is the first time that Toni Braxton and Missy Elliott have collaborated, but we doubt it will be their last. You can listen to this new take on "Do It" right here and pick up your own copy from digital retailers everywhere.


TAGS:  audio, missy elliott, toni braxton
Previous: Incognito Gets ‘Together’ To Show Appreciation For Essential Workers Next: ‘Float’ On With 6LACK On His ‘6pc Hot’ EP