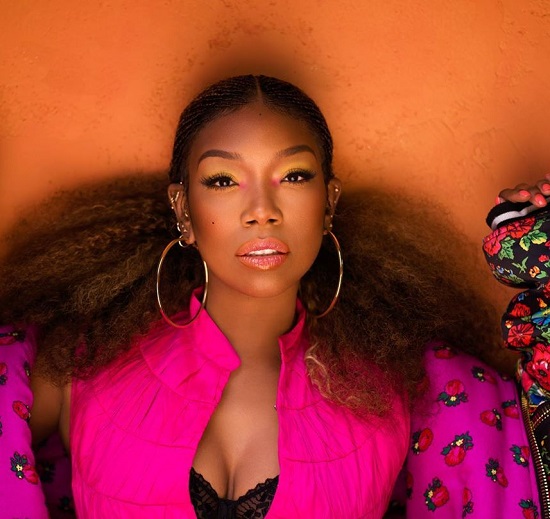 Our first inkling that we'd be getting something new from Brandy came when the songstress popped up on Daniel Caesar's CASE STUDY 001 on the beautiful duet "Love Again." Since then, Brandy has been preparing us for the release of her upcoming release B7 with buzz track "Freedom Rings," official lead single "Baby Mama" and a media blitz that happened to include an interview with your favorite digital soul/R&B publication. She's been shy about what else would be on the album, but it looks like "Love Again" will make the cut, albeit now as a new version that is all Brandy. She ushers in the new take with another lyric video for the track.

What we loved about the original was how it acted as a conversation between two lovers finding their way back to each other. Interestingly enough, though that element is absent with this new take, the song still works. For one, Brandy sells both verses quite effortlessly while delving into her rich lower register throughout most of the song. She also changes things slightly, including switching the pacing of the chorus to match closer with her style and completely omitting the final bit at the end which saw her and Daniel trading vocals back and forth. The new lyric video captures the dreamier feel of her solo take, with animated lyrics growing and fading across multicolored backdrops along with other elements to accentuate what's being said.

Brandy's B7 drops at the end of this month on July 31st, and we think we'll be ready for whatever she's got in store. You can check out "Love Again" like you've never heard it before right here.