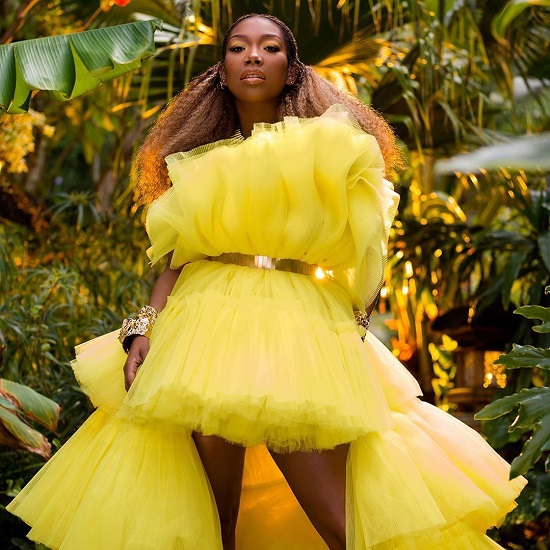 We've waited eight years and now there's little more than a week left until we get our hands on B7, the upcoming album from industry vet Brandy. The singer told us that the album will be her most "hands on" project yet. However, the singles have been scarce in the lead up to the release — with "Baby Mama" being the only official single from the set thus far. That changes this week with the release of album track "Rather Be."

Produced by DJ Camper and penned by Brandy, Camper, Antonio Dixon and Victoria Monét, "Rather Be" is a departure from what we've become accustomed to from the singer. The song itself is a midtempo groove that takes its time, sauntering in with a slightly staggered rhythm as watery synths spill into the frame along with her breathy vocal. "Just call me more, a little / Your voice, it makes me feel better," she sings on the opening verse. "Why you even trying to ignore me / Boy there's other ways to get my attention / Just be here for me, baby." The sultry sound is a nice fit on B-Rocka that shows how much she's grown musically in the near-decade since the release of Two Eleven.

As for B7, the set promises to be a Brandy-driven affair with little outside input. The only guests that appear on these are Chance The Rapper on "Baby Mama," Daniel Caesar on "Love Again" and her baby girl Sy'rai on "High Heels." Outside of that, Brandy had a hand in penning all of the songs and even stepped into the production role. It looks like we're getting more of the singer than we could've bargained for this time around. Take a listen to "Rather Be" right here and stick around to get a peek at B7's tracklist.