DUCKWRTH Comes Through With A Sexy Jam On ‘Coming Closer’ 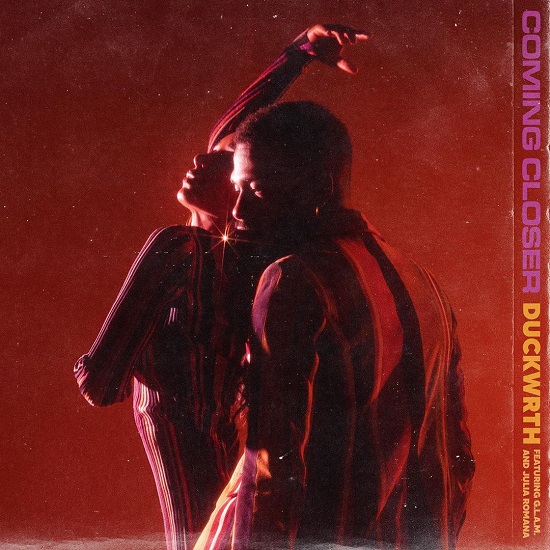 DUCKWRTH has been a busy man in the studio as of late, and now we're reaping the benefits of his work. We were just getting over the unexpected jam that is "Find A Way" and its creative animated video, but the rapper/singer isn't waiting for us to catch our breath. He's moving on to the next with a sexy little affair he's dubbing "Coming Closer."

The track is filled with kinetic energy that starts with guest vocalist Julia Romana, who vamps on the chorus, singing, "Feel like you're getting closer / Feel like you're getting closer to me." Her breathy notes fade into the dark, sultry electro-bounce as DUCKWRTH steps in to heat things up with a quick-paced, sexually charged verse about what he wants to do. Rapper G.L.A.M. follows suit in the same manner on the second verse, and even ups the ante with some clever wordplay and a few eyebrow-raising come-ons. This all culminates with the two spitting back and forth as the record spins toward an orgasmic climax sure to burn up the dance floor.

With him coming with all this heat, you'd think that DUCKWRTH might be coming out with an album. Actually, rumor has it that he's teasing just that and that it might even have a name (Supergood). He hasn't confirmed this himself, though, so it's all just speculation at this point. What's not speculation, though, is how good "Coming Close" is. Check it out when you press play below and then pick it up from your favorite retailer.