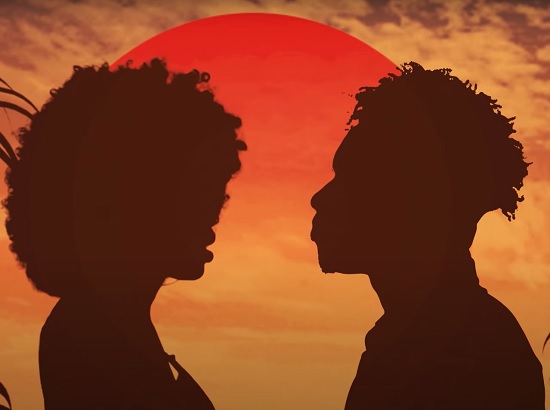 You know, one thing about this quarantine is that it's severely limited our ability to get more...well...um...intimate. Luckily, we've been blessed with imaginations and other more creative ways to fill that need. That's also the approach that our favorite stars are making to make sure that we still have plenty of visuals to entertain us during this unique moment. That's exactly what KIRBY and Lucky Daye did in the video for their silky smooth duet "Velvet (Remix)."

The track, which can be found on Insecure: Music From The HBO Original Series, Season 4, was sultry enough. That left the two with the task of recreating that electric chemistry without being in the same place. The fix ended up being mixing a bit of live-action and animation to lessen the distance between the two. We first see the songstress looking lovely in all her Afro'd glory while sitting in her ritzy animated penthouse. She's seemingly got a crush on her neighbor across the way, who just happens to be Lucky Daye. He's also there to serenade and seduce as the two trade vocals and verses, including points that show them in silhouette against an animated sunset.

Even with them not being in the same place at the same time, the chemistry they have radiates from the screen. It's enough to make us want to grab up on someone and get close. Social distancing is still in effect around these parts, though, so we'll have to leave it up to our imaginations while we repeatedly press play on this one. 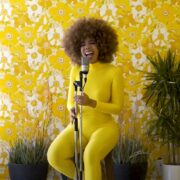