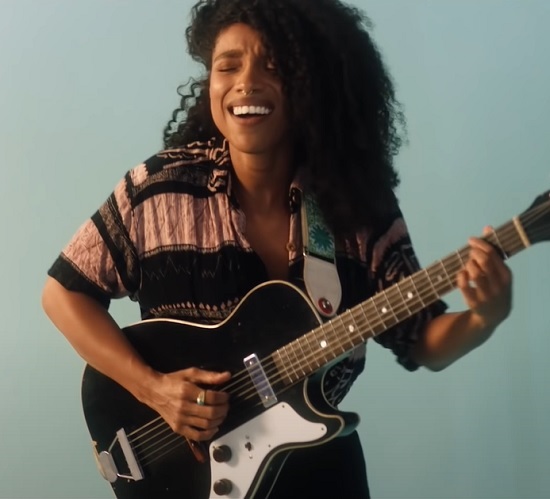 If there's anyone who has shown us how to promote an album during a pandemic, it has to be Lianne La Havas. The singer-songwriter is set to release her upcoming self-titled album this month and has consistently dropped singles and videos despite the 'rona messing up everyone's plans. She's gone and done it again, releasing the visual for her single "Can't Fight."

"Can't Fight" was already a bouncy and fun song about not being able to deny love, but the video for the track makes it even more enjoyable. Directed by Kevin Morosky, the clip splices together footage of Lianne performing the song on her guitar with other candid footage of the singer as she makes her way around South London solo. The footage of the songstress is enchanting, especially when she gives the camera sly glances and flashes her stunning smile. The video also brings a dose of much needed levity as Lianne dives headfirst into meme culture. You'll recognize a few here — including the "Everything Is Fine" meme and the one of Homer Simpson backing away into bushes. Our favorite, however, is the meme she creates of herself by superimposing her head onto Mike Tyson's body in archival footage of him preparing for a fight.

The music video isn't the the only place Lianne La Havas is innovating. The singer has also scheduled a one-off livestream performance on July 15th and 16th for fans the world over who are longing to see her perform live. You can buy your tickets for the event at the link and also pre-order her album before its release on July 17th. But first, get an eyeful of Lianne's bubbly disposition in "Can't Fight."


TAGS:  Kevin Morosky, Lianne La Havas", mike tyson
Previous: SoulBounce Exclusive: Dannis Winston & Josh Milan Remind Us We Can Be ‘More Than Anything’ Next: Michael Kiwanuka Sees Us In Another ‘Light’ 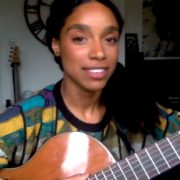