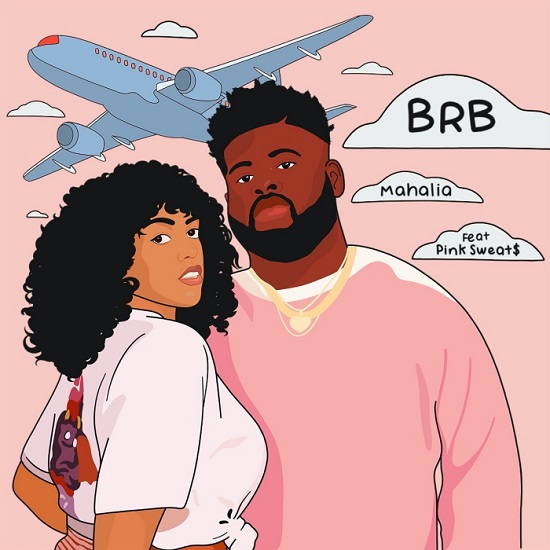 Long distance relationships are difficult enough. However, we'd imagine that the current pandemic we're living through isn't making things much easier for those of us not in the same state as our beloved. Mahalia gave us a song that unintentionally explained the situation when she dropped her Isolation Tapes EP back in May, which featured the single "BRB." Now she's revisiting the track with Pink Sweat$, who provides the male perspective on the song's remix.

The "BRB" remix isn't the kind that flips the beat to make it a party-starting jam. The tender piano that underscores the track is still the backbone of the track, as is Mahalia's sentimental first verse. Pink Sweat$' addition is welcome, though, as he follows the track's wistful vibe on his verse. "All alone we / In the zone / I need you home / Want you most / I want you close / I need you close / I do," he sings. He then flutters into his falsetto as he expresses his hope of seeing her again soon. The song is perfect for anyone who is missing the one they love and a comfort to those feeling lonely in these times of isolation.

Though they're thousands of miles apart, we'd love to see what a video for this version of the track featuring Mahalia and Pink Sweat$ would be like (especially because this is the one video in which shooting it over FaceTime would make the most sense). But even if one never comes into fruition, we definitely know that they have definite vocal chemistry. Take a listen it on the remix of "BRB" when you press play.