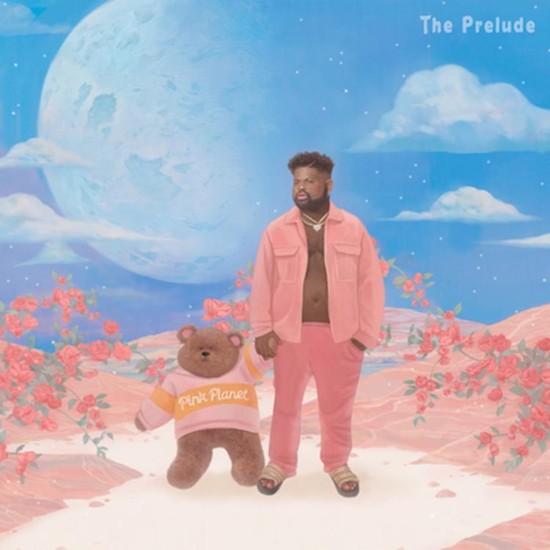 After wooing us with EP's Volume 1 and Volume 2, Pink Sweat$ has generated high demand for his full-length debut Pink Planet. However, as with many artistic projects this year, the album's release has been pushed back due to the pandemic. Despite the setback, the Philly singer-songwriter kept our attention throughout the first half of 2020 – contributing to the Season 4 soundtrack of HBO's Insecure, preparing unconventional recipes for his Kitchen Adventures series, and, of course, dropping singles "Ride With Me," "17" and "Not Enough." Now, he begins Phase 2 of the rollout with The Prelude.

The EP provides our first listen of Pink Planet and further seals our commitment to this musical relationship. Sweat$ showcases his growth as an artist, experimenting with new sounds while flexing his songwriting muscles to deliver his most personal project to date. In a recent BET interview, he shared, "The Prelude is about my journey. I’ve been experiencing a lot of new things. Some things have been a lot of confusion and me just trying to feel my way through.” After listening to the 6-song collection, we think he's definitely on the right track.

Pink dabbles in the sounds of '80s, nu wave vibes, smooth vocals, electronic funk and plenty of synth. The set begins with "Give It to Me," a wavy, mid-tempo R&B ballad with vibrant horns. From there, he displays confidence in spades on the infectious groove "Icy." After exploring the plight of being Black in America on "Not Alright," Sweat$ delves into love and relationships for the remainder of the album. He expresses vulnerability on "At My Worst," while "17" brims with the promise of lasting love. It's ironic that a closer entitled "Lows" ends things on a high note, leaving us smiling at the tender sentiments throughout the tune.

In addition to the new EP, Pink channels Bruno Mars (à la "24K Magic") with the visuals for "Icy." Whether lounging in silky fuchsia pajamas, cruising on a pink quad or making boss moves in a bubblegum suit, Sweat$ is drippin' in finesse and serving swag, sauce and sex appeal throughout the clip. Take a moment to appreciate his unabashed #BlackBoyJoy after enjoying The Prelude below.

Pink Planet is slated to arrive later this year, but in the meantime, Pink Sweat$ will perform live during a special livestream event on Friday, July 24th at 9 pm ET/6 pm PT. Fans will be treated to a concert featuring songs from The Prelude, Volume 1 and Volume 2. Afterward, the artist will host a virtual chat and Q&A session with the audience. Tickets are only $10 and available via his website.


TAGS:  audio, bruno mars", Pink Sweat$
Previous: Prince Goes New Wave With An Unreleased Demo Of ‘I Could Never Take The Place Of Your Man’ Next: Jidenna Takes Us On A Spiritual Journey In ‘Black Magic Hour’ & Announces Compilation Album ‘African On All Sides’