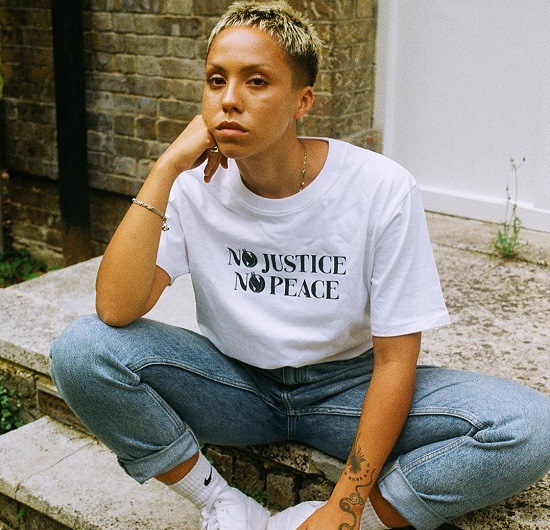 There are jazz musicians and then there are greats like Herbie Hancock who come along and transform the genre. The pianist has been a staple in the scene since the 1960s and constantly found ways to innovate and reinvigorate the genre. Because of this, it takes guts to approach his work — especially for a project like Blue Note Re:imagined. That's exactly what Poppy Ajudha does, though, with her revamp of his staple "Watermelon Man."

Though the song was released in 1962, Poppy actually looks to Herbie's own restyling of the track that appears on his 1973 album Head Hunters for inspiration. That version takes the song into soul and funk territory that is fertile ground for the singer-songwriter to mine in the present day. Her take mimics the memorable opening notes of that version with vocals before snapping into focus with Poppy's opening verse. The singer adds her own lyrics to the track, giving voice to the current struggle for racial justice and equality being fought all over the world, but specifically in America.

"Herbie's 'Watermelon Man' was my first thought when asked to imagine a track from the Blue Note catalogue. It's an iconic song and one that has been with me throughout my life," Poppy said in a statement about the song. "I based the lyrics on my research of Watermelon Men in America, aiming to capture what it may have been like to be a black man in America at that time — newly emancipated but still heavily oppressed — and the race relations that had brought him to this point. I wanted to broaden the concept of the Watermelon Man to the way that black people in the US and UK throughout history have been denied an understanding of where they came from and the truth of a violent history within the western world. It feels ever more relevant today with the BLM movement coming to the forefront of our lives and was an important direction for me to take the song in."

You'll find Poppy Ajudha and her spin on "Watermelon Man" on Blue Note Re:imagined — along with Jorja Smith's "Rose Rouge" and other takes on classic Blue Note tracks by rising UK artists —when the compilation arrives on September 25th.