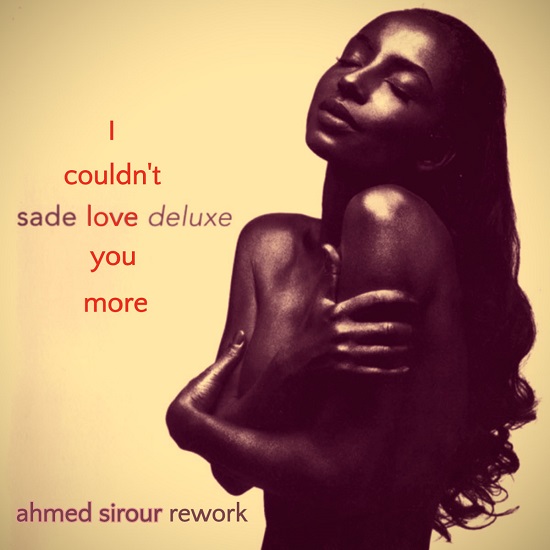 It almost seems as if the world's on fire right now. A global pandemic, racial strife and a megalomaniacal commander-in-chief are just the surface of other problems that have been not-so-quietly compounding over the decades, leading the inevitable powder keg that is Summer 2020. Producer Ahmed Sirour thought that what the world could use right now is some tranquility and love. So he dug up a rework of Sade's 1992 ballad "I Couldn't Love You More," blew off the dust and is now offering it up to for the masses.

Ahmed gets to work on the track, replacing all the instrumentation with his own original production and slowing the bpm to make the groove last even longer. The song is introduced with languid synth chords the seem to float out like ripples on surface of a pool. That's paired with a throbbing synth bass and drums that slowly knock along to the music's sway. Ahmed uses Sade's original vocal from the track, matching its quiet urgency with his own as the song unspools across its five-minute run time.

This one, like many of his reworks, is being offered as a free download via Bandcamp (though with the "name your price" feature, you can also slide him a little cash if he made your day). With that being said, take a little time to unwind and bask in the glow of his "I Couldn't Love You More" rework when you press play.