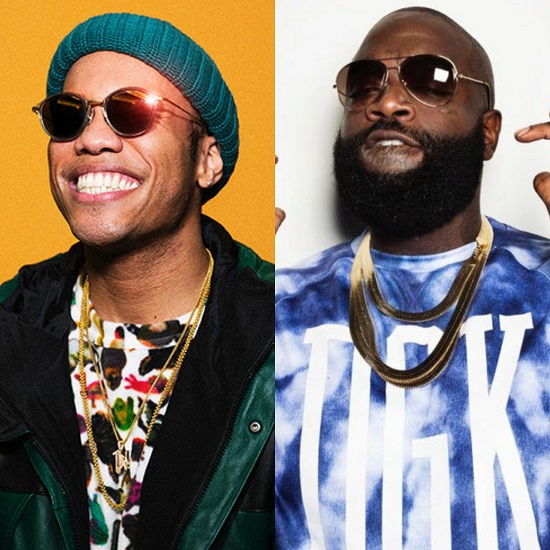 We think it's safe to say that Anderson .Paak is a busy, busy boy. The music star dropped two albums in the span of six months with his last projects Oxnard and Ventura, then turned around a did a world tour while also dropping off collaborations left and right. Oh, and did we mention he also lent his voice to Trolls: World Tour? Still, somehow he's found the time to drop his protest single "Lockdown" and now he's coming back for more with the aid of Rick Ross on new track "CUT EM IN."

The brand-new cut shows Andy jumping back in his rhyming bag as he hops on Hit-Boy's production to talk about his pockets and the need for checks and balances. With the beat blending a little psychedelic soul with hip-hop thanks to buzzy electric guitar and boom-bap beats, AP breaks down the math and explains why you need both a friend and foe. According to him, one wants to see you win and will offer encouragement to that effect and the other wants to keep you in your place and keeps you on your toes. Rick, who rarely ever stays on topic when it comes to features, focuses on the money aspect as he flaunts his oceanside residences and six-figure paychecks like a boss. The two viewpoints mesh surprisingly well, especially when Anderson slips into a quick-tongued flow to close out the track.

While this one doesn't have the melody or the message of "Lockdown," it does continue to show the range of talents and styles that Anderson .Paak has at his disposal. We're now just left to wonder if Anderson is going for the three-peat with yet another album up his sleeve.


TAGS:  "rick ross, Anderson Paak, audio, hit boy"
Previous: Cecily Is Careful Not Be ‘Clumsy’ With Love Next: Joy Denalane Puts Herself First On ‘Top Of My Love’