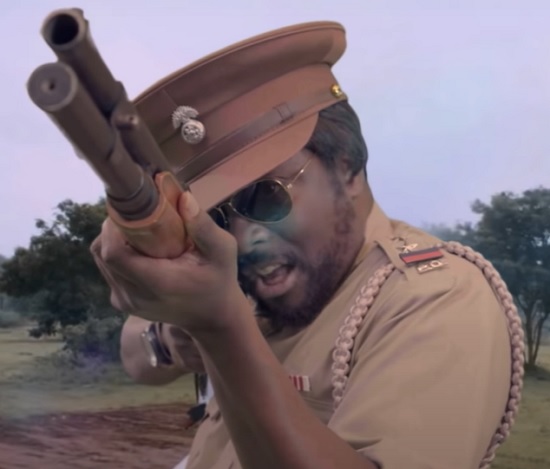 Listen, your favorite artists have had to be very creative when it comes to making videos during these times of 'rona. Whether that means delivering clips via FaceTime, animation or even the old-fashioned way (but with extra, super-duper tight precautions). We thought we'd seen every approach possible, but now here come the Black Eyed Peas. They take us to Bollywood for "ACTION," the latest single from their newest album Translation. But rather than go out and shoot a whole video, the trio utilizes "deep fake" technology to give us an action-packed clip.

Yeah, you read that right. The crew go the deep fake route for this one, which means their faces are digitally superimposed on another's to make it seem like they're actually in the clip. In this case, they look to some Bollywood action classics like Robot, Maryada Ramanna and Enthrian to provide the footage while they provide the rhymes. The result is an instantly hilarious clip of the BEPs pulling off impossible fighting moves and gunplay as the song's banging beat provides the soundtrack. The Peas make sure to cite their sources, though, giving credit both to the genre and the work that they are drawing from. They also offer a message/warning about the state of the world and the technology they used to make this video. "We have ARTIFICIAL INTELLIGENCE but we can't tell Fake news from Facts...," says scrolling text played at the end of the video. "If we can't handle fake news!!! How can we handle the DEEP FAKE???" [ed. note - the capitalization and punctuation are theirs, not ours]

If you're digging the sound of "ACTION" there's more where that came from on Translation, which also features their single "RITMO" and is available in stores now. You can check out the latest video from the Black Eyed Peas below. 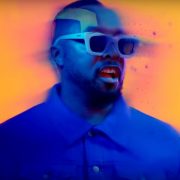