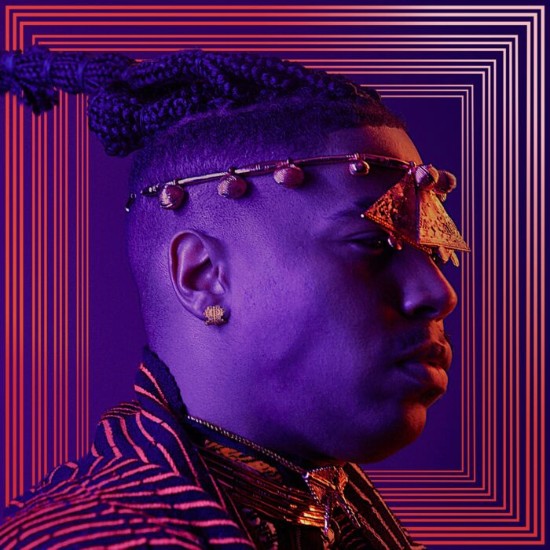 Christian Scott aTunde Adjuah is world-renowned for his innovative jazz interpretations, complex compositions and superlative skills on the trumpet (and other horns). He's also known to spend a good part of his time touring and performing in front of an appreciative audience. Of course, 2020 brought his travel plans to a halt, but not before he and his band of musical savants took to the stage for a final series of concerts at New York's Blue Note Jazz Club. Thankfully, the performances were recorded and the artist now shares highlights of the sets with his new album AXIOM.

The artist expounds on the title via press release, stating, "Axioms are essentially postulates from which an abstractly defined structure is based, a statement or proposition which is regarded as self-evidently true…Axioms serve as starting points for further reasoning and arguments. It’s difficult to find a more appropriate correlative to Jazz and Expansive Music…Stretch Music, especially in a Live setting."

The aforementioned live sets took place between March 10th and March 15th as New York City was on the brink of lockdown. Before the city's descent into COVID chaos, Blue Note's hallowed stage housed an ensemble "determined to bring positive energy to the people." AXIOM is 2-hour journey through Scott's brilliant mind and his noble heritage – the perfect follow-up to his 2019 album Ancestral Recall. The set offers tributes to his mother ("Huntress (for Cara)"), grandfather and uncle ("The Last Chieftain (for Big Chiefs Donald Harrison Sr. & Jr.)"), among others. It also pays homage to the motherland ("Diaspora") and his hometown New Orleans ("Incarnation (Chief Adjuah - Idi of the Xodokan)").

It's worth noting that Scott's freedom on stage is bolstered by his complete trust in his band: Elena Pinderhughes (flute), Alex Han (alto sax), Lawrence Fields (piano/keys), Kris Funn (bass), Weedie Braimah (Djembe/Congas/Bata) and Corey Fonville (Drums/SPDSX). Their artistic bond and sonic chemistry shine best through unscripted moments of improvisation. Scott explains, "There’s a difference between hearing and listening. The intention to understand is present in listening. When you listen to our band, what you are hearing is the sound of listening."

Until we can enjoy the thrill of live shows again, indulge yourself in Christian Scott aTunde Adjuah's latest masterwork with his live album AXIOM and elevate your listening experience.