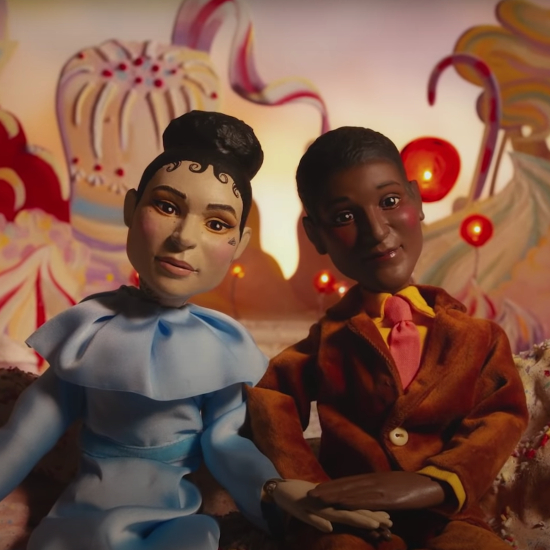 When it comes to an ex, communication can be tricky. Is it ever OK to call and talk to them out of the blue? Or would that bring back bad memories? Would a special occasion make it different? Or worse? That’s the problem that Disclosure, Syd of The Internet and Kehlani face on the new single “Birthday.”

Production-wise, “Birthday” is the perfect marriage of Disclosure's electro R&B vibes and Syd and Kehlani's soulful voices. The ladies equally shine over the beat, with Syd taking the lead and Kehlani coming through on the second verse. Syd’s delicate vocals are particularly intoxicating on the chorus as she wonders, "Can I call you on your birthday? / Just to make sure that you're OK."

Along with the new track, the group has also blessed us with a very creative video. The visual transports us a quaint Mr. Rogers-esque town with toy houses. We then see that Syd and Kehlani are living inside one of the miniature houses, trying to fit their full-size bodies inside the tiny living spaces, symbolizing the awkwardness of trying to reconnect with an ex. Later in the video, they do finally connect with each other – as puppets – going on a grand whimsical adventure before before the clip ends with scenes of a few birthday cakes.

“Birthday” is the latest single to come from Disclosure’s brand new album ENERGY. We’ve already heard tracks from the project including the title track, “My High” feature rapper Aminé and slowthai and “Douha (Mali Mali)" withFatoumata Diawara. The project also features appearances from Common, Kelis, Mick Jenkins and more. The production duo made more than 200 songs while recording the album in London and Los Angeles. The pair ended up pairing it down to just 11, based on the tracks that came together quickly and easily, that had the right “energy.” Thankfully, the Lawrence brothers knew their fans would want to hear a few of the loosies they dropped, like “Know Your Worth” with Khalid, and some remixes, so they released ENERGY as a 20-song, 2-disc deluxe edition.

As part of the promotion of the new project, Disclosure is hosting a musical experience within the popular Minecraft game. You can watch the trailer for that project along with the "Birthday" video right here and, of course, get into their ENERGY below.