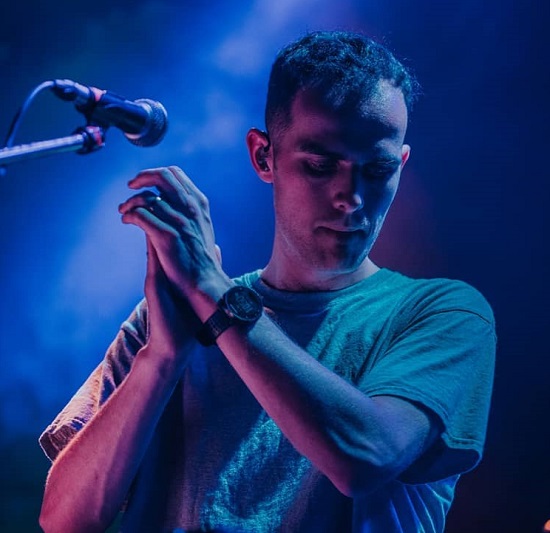 If you're a lover of the jazz classics that the name Blue Note conjures up and the new wave of British soul & R&B, then you're positively stoked about the upcoming release of Blue Note Re:imagined. A host of tracks have been released thus far — including Jorja Smith's take on "Rose Rouge," Poppy Ajudha's revamp of "Watermelon Man" and Yazmin Lacey's spin on "I'll Never Stop Loving You." Next up is a spirited version of Donald Byrd's "Wind Parade" performed by SoulBounce fave Jordan Rakei.

Unlike some of the inclusions on the upcoming set, Jordan's take on "Wind Parade" actually sticks musically close to the original recording. The track still opens with the tinkling of chimes and the funky rhythm that made the song an enduring classic. The singer-songwriter does expand upon the original's simpler lyrics by adding verses and bridges to flesh things out into a fuller narrative about listening to what Mother Nature's trying to tell us as she spreads her winds across the globe. Jordan's soulful chops are more than up to the task of retooling such a classic track. So much so, in fact, that his take might actually be able to stand side by side with original as far as quality is concerned.

This might just be our favorite of what we've heard from the compilation thus far. However, there are plenty more tracks where this came from that have us anticipating how some of these jazz classics will be reinterpreted. Listen to Jordan Rakei as he dances through his own version of "Wind Parade" below and be sure to pre-order the set before it arrives on October 2nd.


TAGS:  audio, donald byrd, Jordan Rakei
Previous: Disclosure Gifts Us With A ‘Birthday’ Present From Syd & Kehlani And New Album ‘ENERGY’ Next: Ledisi Is In It To Win It With ‘The Wild Card’