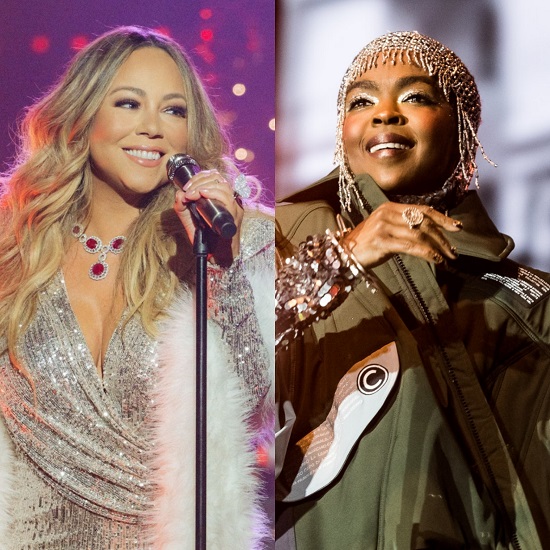 Mariah Carey fans are going to be seeing and hearing a lot from the singer in the coming months. The lauded vocalist is set to drop her first book, The Meaning Of Mariah, next month and then she's following that up with her new album The Rarities in October. While the book is set to be full of the inside tea from Mariah herself, what The Rarities will contain is a little murkier. According to Mariah, the album will be songs the singer has kept in her vault over the years that she's unearthed to finish and offer to the fans. To give us a better idea of what to expect, she's released the set's lead single "Save The Day."

The big draw of the song is that it features Lauryn Hill. However, that's not entirely true. The song "features" Lauryn because producer Jermaine Dupri sampled the infectious bridge from The Fugees' 1996 hit "Killing Me Softly" (itself a cover of Roberta Flack's 1973 version of the song). The vocal loop acts as part of the song's chorus as Mariah sings about all of us coming together to better humanity and the world we live in. "If he won't / And she won't / And they won't / Then we won't / We won't ever learn to save the day," Mariah sings with conviction.

Listening to this, though, and you can see why Mariah might have kept this one under wraps. The lyrics are essentially nice platitudes that lack the nuanced songwriting that we've come to expect from a Mariah song. Also, the sample is a bit overused here. It was special to The Fugees song because it was only done once and the song built toward it. Having it thrown in our face every chorus makes it a little less special here, especially when the rest of the song is delicate, airy piano and strings. Here's hoping that the rest of the songs featured on the set better balance what know and love about Mariah Carey and her beautiful gift.

You can listen to "Save The Day" below and pre-order The Rarities before the album is released on October 2nd.