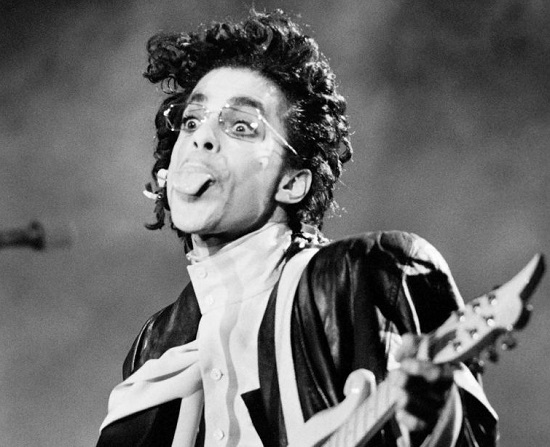 We're about six weeks away from getting our hands on the super deluxe edition of Sign O' The Times, the 1987 album from Prince that was part of his flawless streak of '80s output. In preparation for the big release, his estate has been teasing out some of the 60 previously unreleased songs that will be found on the set. We've already wrapped our ears around "Witness 4 The Prosecution" and a 1979 demo version of "I Could Never Take The Place Of Your Man." Now we're getting another peek inside the vault with unreleased track "Cosmic Day."

Known for dabbling in whatever genre and style that suited him, Prince dips his toes into psychedelia on the track, which was originally recorded in November 1986. The lyrics find him speaking of things like mermen swimming in the sky and "flying n the deep sea." Still, these sights seem to thrill him rather than make him concerned. "There's nothing strange, I'm not deranged / I only want every day to be, oh, to be a cosmic day," he sings in his sped-up Camille-era voice on the chorus. Meanwhile, the song is full of buzzing electric guitar and happy synth chords, making this one a fun ride.

The Sign O' The Times super deluxe edition is set to rock our worlds on September 25th. We can only imagine the other gems that the set will offer. Do yourself a favor and brighten up your mood by taking a listen to Prince's "Cosmic Day."


TAGS:  audio, prince
Previous: CeeLo Green Shows Us ‘The Way’ Next: Black Eyed Peas Go Bollywood To Give Us Some ‘ACTION’