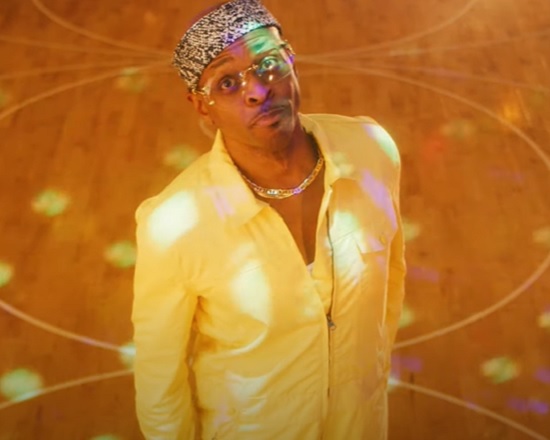 Stokley announced his upcoming album Sankofa way back in October while dropping off the video for "She," the set's first single. Well, he's been taking his sweet time since then, only dropping the set's second single "Vibrant" just last month. The song itself was fun enough, with a catchy groove to make you move and a feature from rap vet Snoop Dogg to keep the party going. It's a track begging for a video, though, which is perhaps why Stokley made sure to drop one for the summer.

The singer brings us to the skating rink for this one, guaranteeing that what transpires will be a good time. He and Snoop don their skates and show off some fancy tricks in the process (making some of us who are less graceful on wheels to feel just a wee bit jealous in the process). But while the main focus is on Stokley and Snoop, they also offer up plenty of eye candy of the female variety. The ladies who star alongside them have some fancy moves of their own, only they're doing those moves in vibrantly colored outfits that are a lot more revealing than what the fellas are wearing. They also offer the only bit of choreography as they cut some moves during Snoop's verse that add a bit of sex appeal to the video's fun vibe.

The video for "Vibrant" definitely isn't reinventing the visual formula, but it is a good time to watch at a moment in life that we could all use a good time. Lace up your skates and get into all the fun of "Vibrant" when you press play.