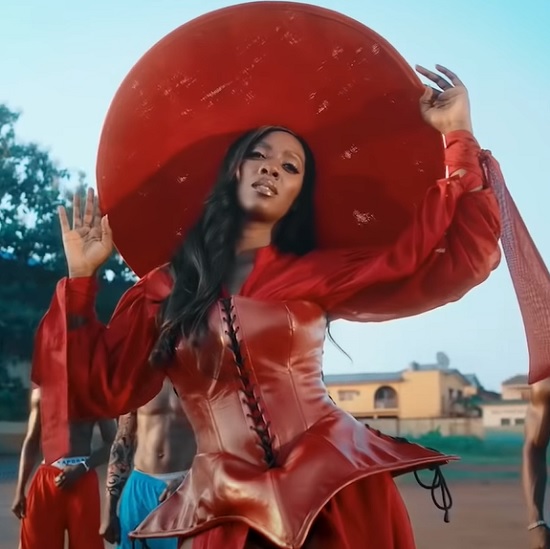 Tiwatope Savage, better known as just Tiwa Savage by friends and fans, is already a household name in her native country of Nigeria, where she’s been lauded with numerous awards and accolades. While we're not quite as knowledgeable of the singer in the states, she has made a splash here and there — including turning up on Beyoncé's The Gift and Jidenna’s Boomerang. Now she’s coming full force with new music and her upcoming album, Celia. Her latest single is the fast-paced jam "Koroba," which will have you repeating the catchy hook as you pop, lock and try your best to imitate an African dance or two.

The lyrics for "Koroba" are a blend of English and Yoruba. While we may not know everything she’s saying, we get the gist: it's hard for a woman out here trying to live her best life but that doesn’t mean she’s going to let anyone bring her down. And with an infectious, uptempo groove courtesy of producers Mystro and London, we don’t see any reason why she should.

We get to see that carefree attitude at play in the video for "Koroba." The clip opens with Tiwa in the beauty parlor getting her hair did. The other women are gossiping and playing around on Instagram. But then they all see the news that Tiwa’s new man is a billionaire. While everyone is going crazy, Tiwa casually passes out a few racks and struts her stuff out of the salon. The clip then features many other fun scenes of Tiwa, from our girl taking over all the news stations, hanging outside with some boys playing soccer and even paying homage to TLC's "Creep" video.

If that wasn’t enough Tiwa news, she also made her US television debut last night on The Tonight Show Starring Jimmy Fallon with a performance of her single "Dangerous Love." Because of the coronavirus limitations, Tiwa gave her performance outside of the studio, opting for a white sandy beach because, why not? Wearing a pink, two-piece dress, Tiwa and her band (who were dressed in all-blue for the occasion) performed the beautiful ballad in a white box, giving us a romantic and intimate experience.

With this much of an international push, we have a feeling that Tiwa Savage will become a household name in the States in no time. Check out both the visual for "Koroba" and her Tonight Show debut below.