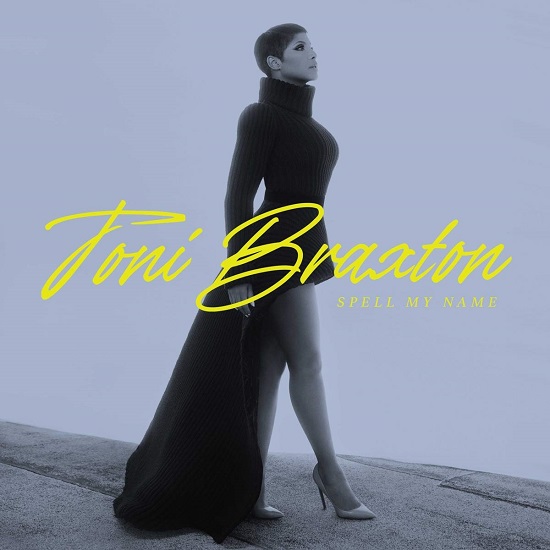 When you've thrilled audiences and slayed fans for damn near three decades, you don't really need to prove yourself. Yet Toni Braxton has been coming out swinging as of late. In 2018, she dropped her ninth studio set Sex & Cigarettes that reminded us why she's R&B's heartbreak queen as she flexed her contralto on slick cuts like "Long As I Live." Now she's back like she never left with her follow up Spell My Name that serves up even more of what we'd expect from someone of her caliber while also revamping and remixing her formula.

The album leads off with the set's three singles — "Dance," the version of "Do It" that features Missy Elliott and "Gotta Move On" featuring H.E.R. The sequence is perfect and the momentum doesn't stop with "Fallin'," a mid-tempo cut that marries swirling strings and a modern R&B groove as she sings about a cycle of falling in and out of love with a guy she needs to leave alone. The boldest moment comes at the midpoint with title track "Spell My Name." Toni gets to play cougar to a young pursuer who thinks that he has what it takes to hang with the vet. The unnamed male vocalist (who could very well be a pitched down Toni herself) offers come-ons that she meets with brash confidence and savvy before ultimately telling him to spell out exactly who's rocking his world.

After that, she heads back into her heartbreak bread and butter with tracks like "O.V.E.Rr.," "Happy Without Me" and "Saturday Night." She then offers up the original version of the Babyface-penned "Do It" before ending things on a slightly country note with bonus track "Nothin'." Each song is serviceable, though neither match the energy of the album's first half.

Spell My Name is the tenth Toni Braxton album that we've gotten, yet the revered singer has managed to keep her sound fresh. That's one of the reasons that we'll be singing praises (and, yes, spelling her name) for years to come.