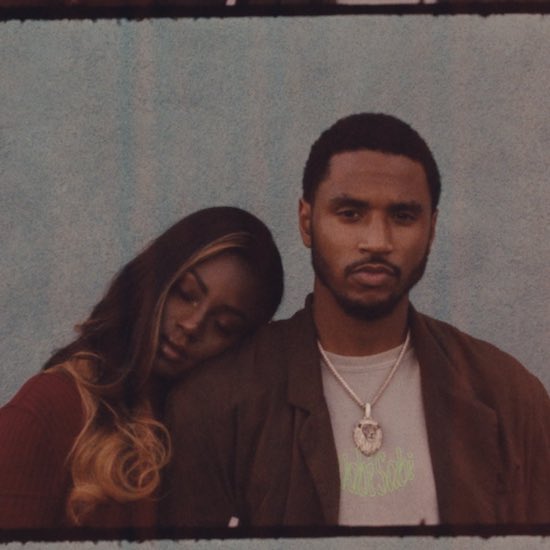 This year marks the 15th anniversary of Trey Songz's debut album, I Gotta Make It. So it’s no surprise that the artist is feeling nostalgic. For his forthcoming eighth album, Songz is taking things back to basics, or rather, as the title of the album states, Back Home. Trey shared via press release his vision for the project: “I wanna make the kind of R&B that inspired me to sing. The songs that make you love, the ones that make cry and the ones that make you smile, laugh and dance. Music is the soundtrack that plays while we live our lives, and I wanna be there for my fans while they are living through this truly special time that we’ll never forget. I say I’m ‘Back Home’ because the music feels that way. I hope you feel the same.”

At 35 years old and now the father of a son, Trey Songz is older, wiser and will be on his grown man stuff on Back Home. That can be heard on his latest single, “Circles,” where Songz digs into his romantic bag while trying to take a mature look at relationships. On “Circles,” the "Say Aah" singer explores the emotional roller coaster of an on-again, off-again love affair. “If you’re looking for closure, don’t take your clothes off / No matter how hard we try, we can't say it's over,” he sings on the chorus of producer Troy Taylor’s mid-tempo R&B groove. You feel Trey's range of emotions on the lyrics, "We just gon' do this over and over/ Over and over, over and over again / We goin' in circles, keep goin' in circles."

In addition to dropping the single, Trey also premiered the music video for the track. The powerful visual tells the story of three different couples on their own literal and figurative journeys. The video opens with a definition of Black Love, with three different answers, the boldest being the last one, stating that Black Love is an act of defiance. The video then features three different couples going through their own endless loops of good times and bad. But at the end of the day, there’s love. That point is brought to life towards the end of the clip when Songz showcases signs of the Black Lives Matter movement. One couple’s argument is interrupted by a police officer. Tension mounts and the lover's lock hands for support. The clip ends with the phrases “Black Lives Matter” and “Black Love Matters” flashing on the screen as a reminder.

“Circles” is a solid addition to Trey Songz’s catalog and has us looking forward to hearing more of his growth on Back Home. So far, the singles from the album have been a big departure from his last project, 2017’s Tremaine — in a good way. The title track and “2020 Riots: How Many Times” reflect a man on his eighth album instead of just on his eighth chick this week.