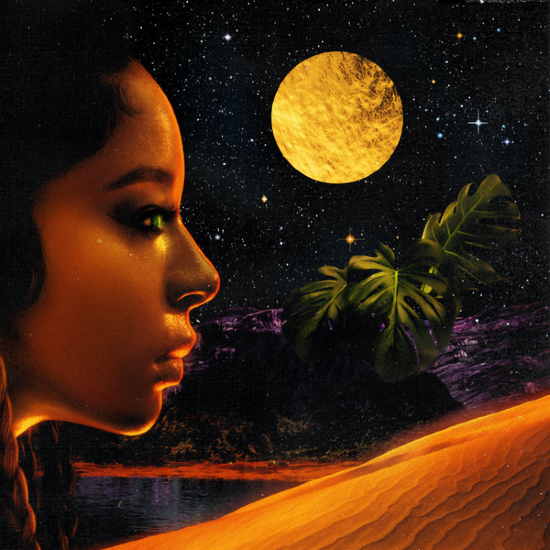 After years of releasing singles and EPs and writing for other artists, Victoria Monét has finally shared her debut album with the world with the release of JAGUAR. The pen behind many of Ariana Grande’s hits like “7 Rings,” as well as songs like Chloe x Halle’s “Do It" and Fifth Harmony’s “Work From Home,” Monét has helped others reach the heights of fame while still lingering the background. In the cut is where Victoria found the inspiration for her debut, however. "Like the Jaguar, I feel like now is just my time to be the hunter," she's said. "I know what I want.”

The title track “Jaguar” is a percolating funk jam filled with just as many bells, whistles and hisses as the Amazon jungle at night. Over this uptempo instrumental, Victoria gets wild. Real wild. Just listen to the school rhyme-ish chorus where Monét sounds ready to pounce on a potential lover: “Supersonic pussycat / Just like a jaguar, silky black / So let me climb your wood like that / You got nine times to come hit that.”

While the song is about sexual liberation, the video takes viewers on a journey of self-discovery. Directed by AOA, the animated clip takes us deep into the jungle where we see a silhouette of Victoria standing in front of a lake. In a flash, the scene changes to the video title and we see our heroine sitting in a tree like a jungle cat when something disturbs her peace. Could it be danger? Could it be love? She has to find out. As our heroine goes deeper and deeper in the depths of the jungle, from the high trees to the sea below, she changes and discovers more about herself. And then a voice calls out from the darkness, saying, “Remember, there are many voices in the jungle. But the clearest one will always be your own.” And then she meets the silhouette from the beginning of the video. The clip ends with multiple animated Victorias dancing along to the horns on the bridge. The sights and sounds of the clip have an epic feel, reminiscent of Michael Jackson’s foray into animated visuals in the '90s.

“Jaguar” joins the previous singles “Ass Like That,” “Moment,” “Dive” and “Experience,” all songs that helped to view Victoria in a new light. The project follows the recent electro-funk pop sound that is dominating the charts, but instead of just riding the wave, Victoria is making her own. Like many artists, her debut album represents coming into her own, unapologetically. Whether it’s talking about being a boss, rising from insecurity or the pleasures of oral sex, she goes there full force. Coming in at just nine tracks, two of which are interludes, JAGUAR is short but it's an oh-so-sweet and tantalizing treat.