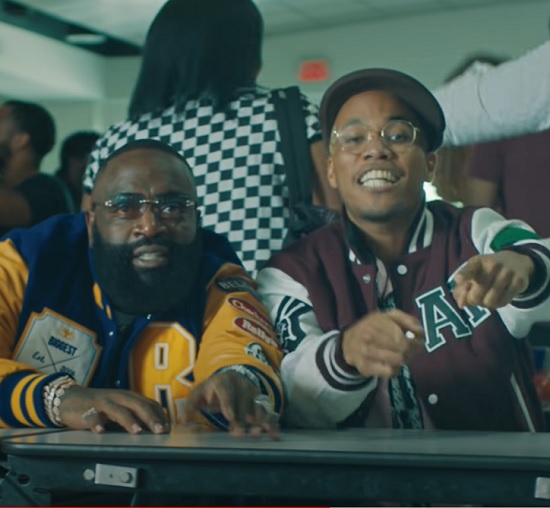 Anderson .Paak might not have an album out at the moment, but 2020 is proving to be another prolific year for our boy. So far Cheeky Andy's dropped his stellar protest anthem "Lockdown" and released collaborations with India Shawn and Busta Rhymes. And, of course, we can't forget his single with Rick Ross, "CUT EM IN." The single made especially for Madden NFL '21 is a bop about getting to that paper and now it has its very own video.

Interestingly, the clip takes the fellas all the way back to days of high school as they play class clowns (and serial 12th grade repeaters) who make life for one of their teachers (played by internet star King Bach) a living hell. The two are also the big men on campus, bringing the party to the cafeteria, the gym and the bleachers as everyone in the school clamors to be around them. They also flaunt a lot of cash for people who are 12-time seniors as each is holding a stack or three during multiple scenes (and Ross even makes a point to rep for the different franchises he owns). It's a fun video full of personality from both, making it a pretty fun watch.

We're almost at the final stretch of 2020, but we have a strong feeling that this won't be the last that we see of Anderson .Paak or Rick Ross before the year is up. Reminisce on your own high school glory days when you press play on "CUT EM IN" below.


TAGS:  "rick ross, Anderson Paak, King Bach
Previous: Indie Label EMPIRE Takes Action With Compilation Album ‘Voices For Change, Vol. 1’ Next: PJ Morton Is Fed Up With Injustice On ‘You Should Be Ashamed’