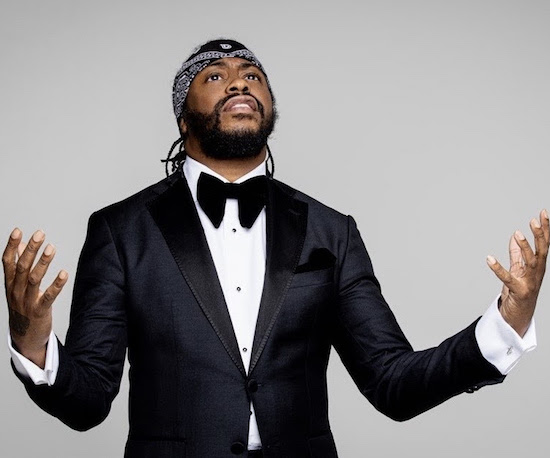 It's hard to believe, but it's been 15 years since Raheem DeVaughn released his debut album, The Love Experience. In that time, the artist has shown no signs of slowing down or falling off. As a matter of fact, The Love King has his sights set on dropping his eighth album What A Time To Be In Love next month, and he's shared the first single "Marvin Used To Say" to prep fans for its release.

As the title suggests, "Marvin Used To Say" is named after Marvin Gaye and is what Raheem calls his "artistic contribution to the movement." Co-written by DeVaughn, LoverBoy Vo and Mike Blayz and produced by Dezperawdos and The Colleagues, Rah channels his inner Marvin as he tries to make sense of what's going on in this world through a 2020 lens. "Police killing my brothers in the streets / No justice, no peace," he sings at the beginning of the song, making it clear he's got some things to get off of his chest. "I remember what Marvin used to say / What's going on, what's on?" he laments on the chorus while addressing the systemic racism and civil unrest of today on the verses. Raheem even name-checks activist Tamika D. Mallory, Color of Change President Rashad Robinson, political commentator Angela Rye and a few more people fighting for justice and equality in the closing lyrics of the song before it fades out.

"Marvin Used To Say" is just a sample of the Movement Music that Raheem DeVaughn plans to deliver on his upcoming album, which will be produced entirely by The Colleagues. We look forward to hearing more socially conscious soul from one of the most consistent artists in the game when What A Time To Be In Love is released on Friday, October 9th.