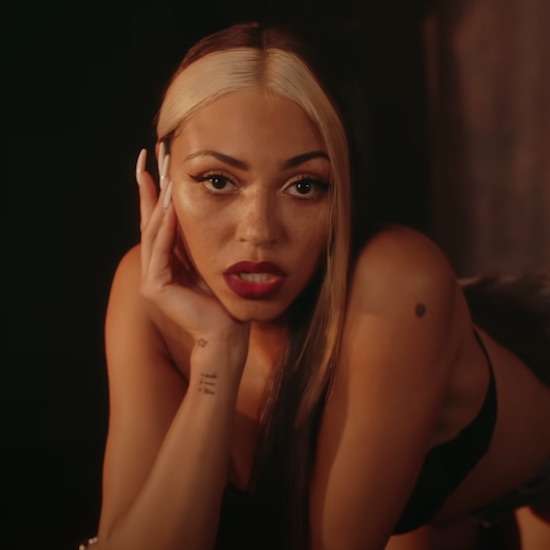 Subtly wry and straightforward in its charm, the single "Pick A Side" from up-and-coming pop-soul singer Raiche presents listeners with the case of an upfront everywoman who is simply looking for some consistency in her love life. You know, the bare minimum.

Unburdening herself as a smoothly flowing hip-hop soul score dances beneath her words, the twenty-something creative brews up a very catchy number that fires on all cylinders. Even as she draws closer to reaching her breaking point, our young starlet avoids shelling listeners' ears with either exaggerated bravado or cloying heartbreak. Instead, Raiche channels her emotions with an expressive coolness and reserve that feels totally natural. Nothing is overdone and the conversational tone of the song feels like the sort of thing that you might unintentionally overhear in a not-so-crowded restaurant. But don't get it twisted – you can certainly hear the passion in the Boston-based beauty's voice when she sings, "I never ever felt like this / Yeah, you know I want you! I want you!" But that passion is paired with a clear sense of being fed up with the shaky status quo as she also offers up the lyrics, "One minute you're up on me / Then turn and leave me lonely / Don't know, with you, what I'm getting / Make your actions match your words," on the chorus.

Bringing that nuanced approach to the small screen, Raiche also gives us a good deal of spellbinding beauty in the official video for the single. Working with director Maya Table, she doesn't waste a single frame of her shoot as she serves up beautiful girl-next-door looks as well as simmering siren vibes throughout the video. At the beginning of the clip, we are even treated to a satisfying taste of an as-yet-unreleased song – the somewhat ominously titled “Funeral” – which acts as a tantalizing prelude before “Pick A Side” kicks into full gear. By the time the screen cuts to black at the end of the visual, it's crystal clear that the lukewarm lover being addressed in this song deserves to be nominated for some sort of "Dummy of the Year'' award.

Any bittersweet energy that may be the norm for lovelorn songs of this nature are creatively sidestepped by Raiche as she opts to go for the laid-back, radio-ready earworm route. And the well-shot video deserves to get plenty of repeat plays as we wait for the singer’s next planned project, the Love Land album, to drop in the near future.


TAGS:  audio, Maya Table, Raiche
Previous: Raul Midón & Friends Are ‘Dancing Off The Edge’ Next: Masego Prepares To Take Us On His Next Journey With His ‘Passport’