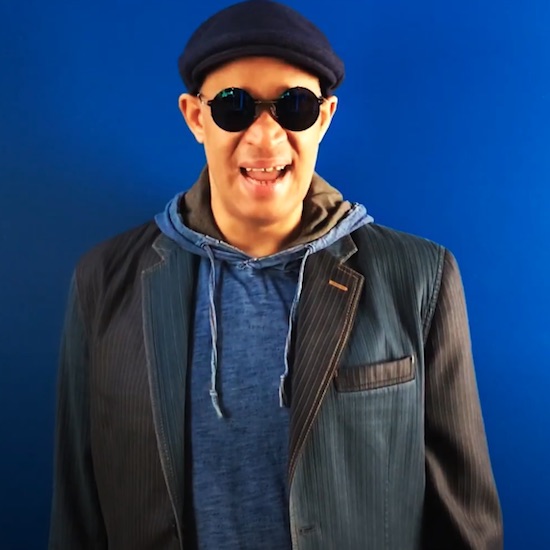 It is hard to believe that we are almost in the last quarter of 2020, and there are still so many unknowns. One can either choose to wallow in the abyss of despair, or you can take each day as it comes and look for the bright spots. Once such glimmering beam of hope is the latest single from singer/songwriter/guitarist Raul Midón entitled “Dancing Off The Edge.” As nothing cures the blues quite like music, he revisits his roots in the dance and Latin music worlds and gifts fans with a groovy bassline and pulsating percussion, making it impossible for the listener to keep still.

This bop serves up seven minutes of nonstop feel-good vibes, while the lyrics offer a message of positivity for the times. Raul admits, however, that he never intended to release the track as a single. With the current pandemic sending live performances to a screeching halt, he and his team put their heads together and came up with something both entertaining and interactive. He explains, “This tune represents my attempt to make peace with the uncertainty that has rained down upon us.”

Things took a more communal turn when his wife Kathleen suggested they make a video to accompany the song. “Her idea was to ask fans from all over the world to send video clips of themselves dancing while listening to the song. It transformed the tune into a worldwide dance party, reminding us that we are connected by our humanity, that music is indeed, the rhythm of the universe,” says Raul.

Join the party when you watch the video for Raul Midón’s “Dancing Off The Edge” right here.


TAGS:  audio, raul midon
Previous: Russell Taylor Is Ready To Fight For A New Day In ‘Wake Up’ Next: Raiche Deals With A Wishy-Washy Love On ‘Pick A Side’