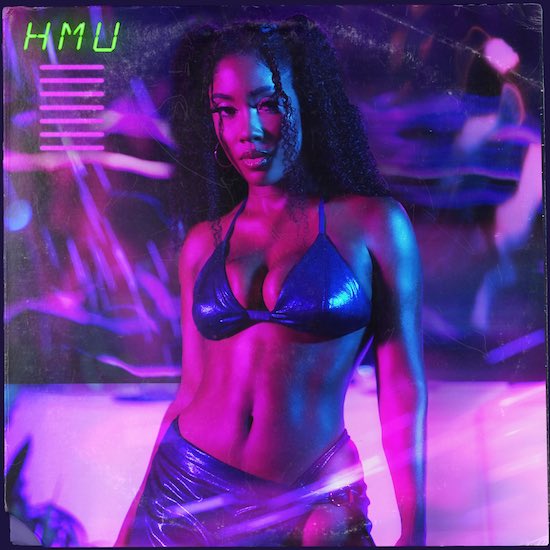 Hooking up with an ex-lover for a late-night creep can be tricky. There’s the benefit of already being familiar with each other and foregoing a lot of awkward courting or meeting up with strangers just to satisfy the love below. But there’s always the chance that old feelings could surface in between bumps and grinds. Sevyn Streeter is trying to have her cake and eat it too on her new single “HMU.”

On “HMU,” Sevyn is just trying to scratch an itch with someone who’s familiar. But she wants to be sure that he understands that it’s nothing more than a hook-up. The best part is that they can keep it comfortable and casual. “Just want you to come lay up / And let you see me, no make-up,” she sings in the first verse. But later, that same comfort becomes a trap, as she notes, “I was ‘bout my bidness / Until my heart fell in it.” All this drama is played out over a trap groove courtesy of producer Smash David that bounces between a laid-back guitar riff and uptempo synths.

The Malakai-directed video shows Sevyn being fun, flirty and carefree as she goes on a play date with her ex. There are scenes of the two having fun exploring the LA area, from the streets to the beach. But most of the action takes place on a sound stage with various backdrops for Sevyn to show off her sexy side under fluorescent lighting. In a bit of spoken word at the end of the track, Sevyn quotes Erykah Badu, saying that maybe they can have something “next lifetime,” acknowledging while what they have is nice, there are reasons it didn’t work out this time around.

You can tell the video was made with quarantine guidelines in mind, but she and her team still came through with a video just as captivating as the arms of a former flame. If you're digging “HMU,” you'll be happy to know that it comes from Sevyn Streeter's upcoming album, Drunken Wordz x Sober Thoughtz. Fans have been waiting for the follow up to 2017's Girl Disrupted, and it looks like it may finally be on its way.