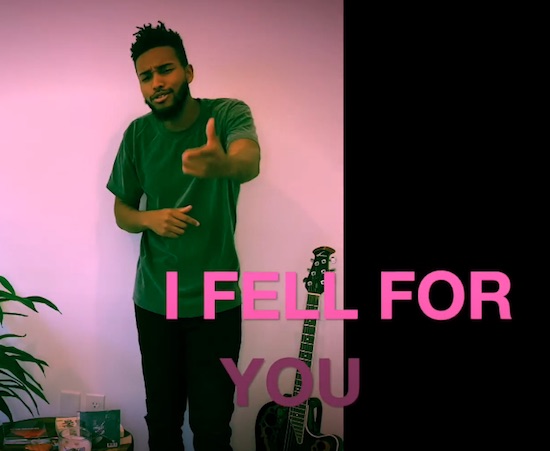 Singer-songwriter Doug C Jr. first appeared on our radar with the love song "Why Would I Lie" late last year, and he still has love on the brain on his latest single "I Fell For You." Whereas "Why Would I Lie" was about being in the thick of a relationship, "I Fell For You" is about those easy, breezy, beautiful feels that come with a new love interest. Doug is all in as he serenades the object of his affection on "I Fell For You," letting her know all the ways in which she's captured his heart when he least expected it.

"Wasn't the plan to fall for love with someone like you," he comes clean on the first verse. He continues spilling his feelings on the chorus, singing, "I took an L and I fell for you / I wasn't even trying, but girl I'm not denying." This pretty young thing might have caught him off guard, but he's not fighting what he feels for her and is man enough to admit it.

Doug C Jr. keeps the chill vibes of the song going in the laid-back lyric video for the track. We see him walk into the frame into a pink pastel-colored room with a plant, side table and guitar adding some ambiance to the scene. As he sings the song, the lyrics display on the screen in multiple colors and coming from different directions. It's a simple but effective quarantine-style lyric video that does what it needs to do and lays the groundwork for the official visual, which we understand is coming soon.

Get into SoulBounce's exclusive world premiere of Doug C Jr.'s "I Fell For You" lyric video right here, and be sure to add this one to your catching feelings playlist. 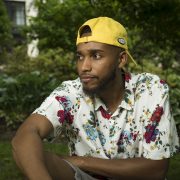