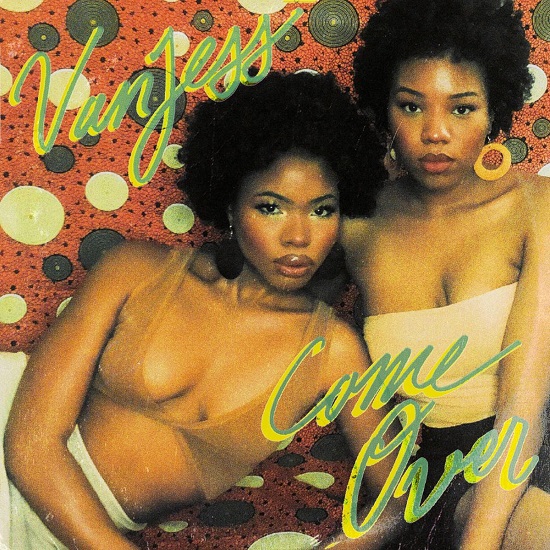 VanJess dropped their debut album Silk Canvas two summers ago. However, with their constant stream of features and collaborations (not to mention a stellar remix project), it doesn't feel like two years have passed. The sister act is keeping that momentum going by returning and dropping their silky-smooth new single "Come Over."

The song throws it back to the smooth sounds of '90s R&B, with the ladies channeling a little Zhané as they sing beautifully over the laid-back mid-tempo groove. They're also getting into the mood as they make a pleasurable proposition on the chorus. "I hit you on your line / I wanna come over, I wanna come over," the sing in harmony. "No need to waste my time / I wanna come over."

The song's sound may be '90s-influenced but the ladies go full on late '70s and early '80s glam for the song's video. The ladies rock several gorgeously hued frocks and a variety of hairstyles (from perfect 'fros to large curls to braids) as they reimagine Black beauty from the era.

"For this video, we really wanted to capture vintage glamour but still feel like the future and represent who we are," VanJess said in a press statement about the clip. "Early in quarantine we were really inspired looking at old photos of our parents in Nigeria and thought about what being at home living the lyrics of this record would look like in their world. We hope this song makes everyone feel good and dance, we believe energy and soul and tempo still has a place in R&B!"

Could a new single mean a new album is on the way? Only time will tell. However, you can get into both the stream and the video of "Come Over" when you press play.


TAGS:  audio, VanJess, zhane
Previous: Raheem DeVaughn Reflects On What ‘Marvin Used To Say’ Next: Sade Announces ‘This Far’ Vinyl Box Set & Hints That New Music Is On The Way