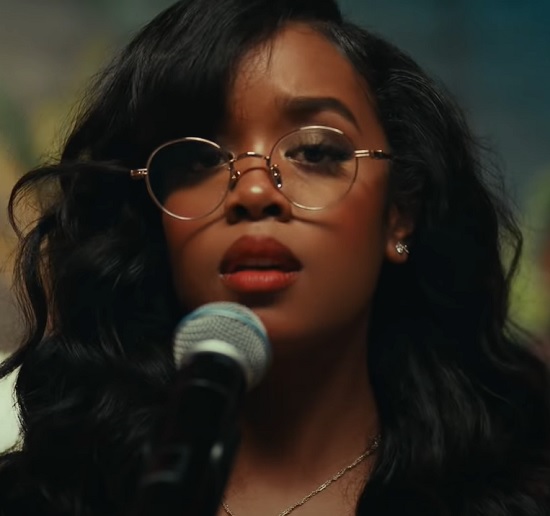 H.E.R. has been a very busy lady despite the pandemic. She's found time to not only release her own protest anthem and solo material but also collaborate with a host of other artists — including Skip Marley, Toni Braxton and Robert Glasper. She's now back on the solo tip as she drops off her latest single "Damage."

"Damage" already wins points from the beginning because of its sample of "Making Love In The Rain," the Jimmy Jam and Terry Lewis-produced jam by Herb Alpert (which featured vocals from Janet Jackson and Lisa Keith). She doesn't ride on the good will of the sample, though. Instead, she uses the Cardiak-produced track to delve into affairs of the heart, especially when it comes to breaking hers. "All night you could be / Tellin' me lies, makin' me cry, wastin' my time / The whole time, so just be / Careful what you take for granted / Yeah, 'cause with me know you could do damage," she sings on the chorus with the raw emotion we've come to expect from her.

For the song's video, H.E.R. decided to give us a taste of the concert life that we're definitely missing. She takes the stage at LA's Roxie Theatre with her full band. The clip gives us a more vulnerable side of the singer, who ditches her signature shades for large-framed glasses that allow us to see her full face. The intimate feel of the video also shows the uninitiated what a H.E.R. live show could be like (while also making us hopeful for when concerts are finally back on the menu).

"Damage" is rumored as a possible lead single from H.E.R.'s upcoming album, though the singer remains typically tight-lipped about that prospect. Either way, it's very much a track that should satisfy any R&B lover.