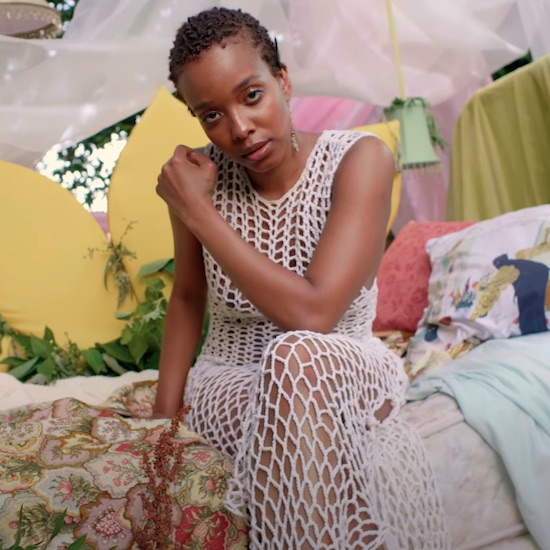 While a broad swath of society doesn’t seem to have a problem classifying Black women as either overbearing taskmasters or hypersexual beings, too many of us find it difficult to view Black women as multifaceted humans. In the world of music, the flames of these limited views are often stoked by self-serving industry gatekeepers and ravenous fans looking for the next “Queen” to lift up, idolize, and unceremoniously tear down. Throughout her career as a singer and songwriter, the Chicago-based poet, teacher and activist Jamila Woods has given the world deeply moving music that resists any stereotypical views of race, gender and the Black experience. Her albums HEAVN and LEGACY! LEGACY! have been widely celebrated as spiritually regenerative and beautifully delivered works of art and those same sentiments can be applied to her latest release, the double-sided single “SULA.”

The single is named after the novel by Nobel laureate and Pulitzer Prize-winning novelist Toni Morrison that explores themes of love, friendship, sex, racism, gender roles and more through the lives of two Black women in a small town. With her song, Jamila takes her audience on a self-examining trip where she quietly wrestles with her thoughts about motherhood, independence, empowerment and reverence. As heavy as that may sound, the end-product is a beautifully airy number that lets the singer’s arresting vocals drift easily through the air before they softly enter our ears.

Being a “double-sided” single, listeners are treated to a “Hardcover” A-side that features a buttery, moonlit arrangement from frequent collaborator Slot-A as well as a “Paperback” B-side that allows Jamila to glide over a breeze-filled acoustic backing as well as step into the role of “producer” (alongside her younger sister Kamaria Woods). Both versions of “SULA” perfectly inhabit a space where the multi-talented performer draws inspiration from Morrison and her characters while simultaneously delivering a piece that feels uniquely intimate and revealing. During a recent interview where she was asked about the song’s origins, Woods offered, “The things I’d been struggling with, the things about seeing all of my friends having babies or getting married, and the ways I had been questioning what I should be wanting, and what I actually want. I remember thinking about [the book Sula] a lot, and thinking about the idea of goodness and the types of things that [the main characters] Nel and Sula struggled with, and how I would approach that. I wanted to write a song meditating on those things.”

While “SULA” may not have been solely focused on countering the stereotypes associated with Black women, the topic lingered in this writer's mind while listening to the song and conducting research on the book whose namesake is described as a “…sex-hungry, man-stealing, death-dealing figure of darkness and betrayal.” While unable to make a connection between the incense-burning, poetry-reading “Jamila” in mind and the wild, uninhibited “Sula” of the book, the Fatimah Asghar-directed, NSFW video for the song gives us a glimpse of how both can be different aspects of the same woman as Ms. Woods dances and undresses while surrounded by nature and images of Black artistry.

This is the first morsel of new music that we’ve had a chance to enjoy from Jamila Woods this year, so press play on the sights and sounds of “SULA” and keep an ear out for more new music from the always engaging singer.