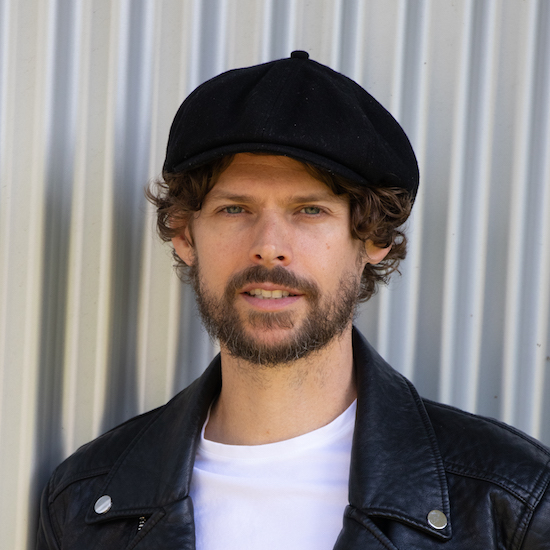 After some time out of the spotlight, Jarrod Lawson is creeping up on a comeback. Since releasing his self-titled debut in 2014, he is finally ready to unveil its follow-up, his sophomore album entitled Be The Change. The singer/songwriter/musician didn't plan for six years to elapse between projects, but life happens. Over the years he has kept busy touring the world, releasing a live EP, collaborating with other artists and even dropping a secret, mostly instrumental album under the moniker Orpheus last year. But now Jarrod is ready to give the people what they want with a new collection that brings his signature soul to the forefront on songs such as "Embrace What We Are" and the title track.

On both singles, Lawson includes a message in his music that speaks to the tumultuous times we're living in. "Embrace What We Are" is a call for peace and unity inspired by the deaths of Eric Garner and more recently George Floyd at the hands of those who are supposed to protect and serve. The song is actually aimed at law enforcement as Jarrod appeals to them on the chorus, singing, "Soften your heart, lower your guard / Let your fears be vanquished by this simple truth / That you’re my sister, you’re my brother / Let’s embrace what we are and stop killing each other."

Meanwhile on "Be The Change," Jarrod shares a more general but hopeful and optimistic message encouraging listeners to reflect on their actions. "Come on let's be the change (be the change)," he harmoniously repeats on the chorus over a sound bed of piano, percussion, clarinet, flute and bass. Lawson's lyrics will inspire you to take action while the lively instrumental will inspire you to move.

With "Embrace What We Are" and "Be The Change," Jarrod Lawson proves himself to be a soulful ally who's always invited to the cookout. Both songs will find a home on his Be The Change album, which will be released on Friday, October 30th on the Dome Records label. The 11-track project will also feature Moonchild and legendary percussionist Sammy Figueroa. Listen to both tracks below, and keep scrolling to watch a live rendition of "Be The Change" with Figueroa joining Jarrod.