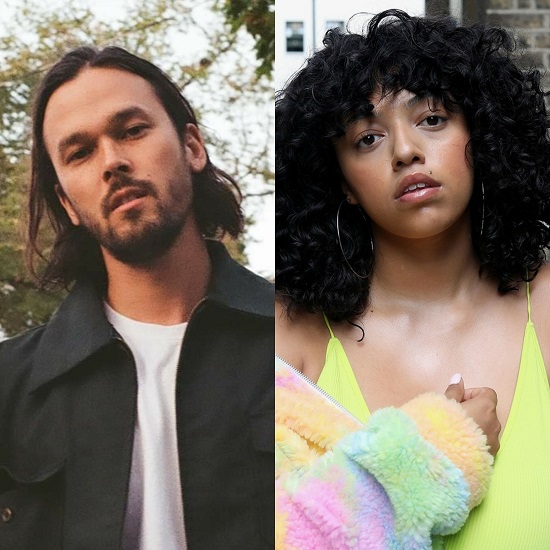 Canadian singer-songwriter Justin Nozuka has been part of some of our favorite projects and worked with a few faves. He's also had his own successful solo career. The JUNO-nominated musician last released an album in 2018 with Run To Waters, but he's back with new single "No One But You" and he's bringing British songstress Mahalia along for the ride.

The duet is a sweet ballad about finding the one that you can open and truly reveal your heart to. Lush keys and gently strummed guitar set up the melody while Mahalia and Justin lay out the song's sentiment in the lead up to the emotional chorus. "What’s there all the time and weighs on my mind / My friends say they listen / But honestly I don’t think that they / Get me like you do," they sing in unison on the chorus. "You don’t have to try / I come unfolded / With the things I hold inside / I have never told no one but you."

"I wrote this song earlier this year about someone I was with," Justin told Complex. "Within the first seconds of meeting this person, I just felt light and like I could really be myself. Most of the people I'm around, I find myself putting up a wall, but with her, it never came up. [I] felt like this person really understood me through and through."

The song's lovely notion is further told through its accompanying visual. In it, we see Justin and his significant other share intimate moments in their space. The embraces and small touches show a closeness that can only occur when two people are truly in love, illustrating just how powerful the feeling can be. Mahalia herself doesn't actually appear in the clip (more than likely owing to the global pandemic), but her haunting vocal definitely makes her presence felt throughout.

If you've found that kind of love or experienced this kind of connection with someone, then "No One But You" is sure to sound inviting and familiar. Give it a spin below and then stay a while to see the moving video.