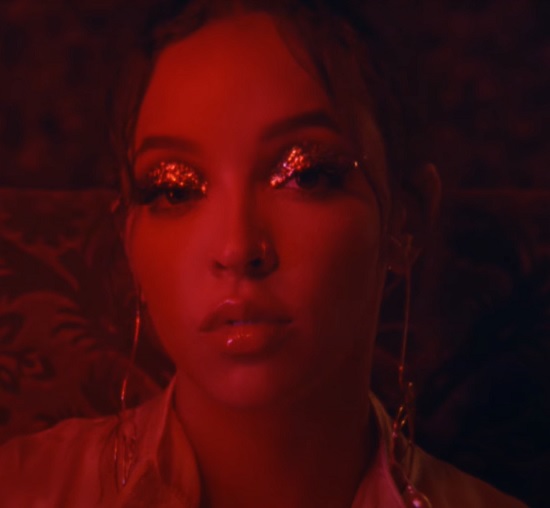 Like it or not, Halloween season is upon us. That means things are going to be extra spooky through the end of the month. Even music can't escape it. Luckily, most artists will be doing incorporating those themes in pretty creative ways. Take Kaytranada and Tinashe, who are bringing a slightly frightening edge to their collaboration "The Worst In Me" with a stylish new visual.

"The Worst In Me," which features on Kaytra's recent BUBBA, was already another slick production in the producer's oeuvre that fit perfectly with Tinashe's own vibe. The video makes that collaboration sing even more as our girl T plays a woman waiting on some male company. Once the fella's in her parlor, things seemingly go normal as they have dinner. It escalates pretty quickly, though, and the next thing we know, the pair are in the bedroom in the throes of ecstasy. That thrill is short lived for the fella, though, as Nasty Nashe bares a pair of gold-plated fangs and sinks her teeth into his neck. Yep, your girl is a vampire and now the poor dude is the latest in her line of victims. Once his eyes do the split-pupil effect found on the cover of BUBBA, he's lost in the sauce and another has bitten the proverbial dust.

We already know there's going to be a gang of Halloween-themed videos before October is done. Hopefully they follow the lead of Kaytranada and Tinashe and do it right. Check it out when you press play.