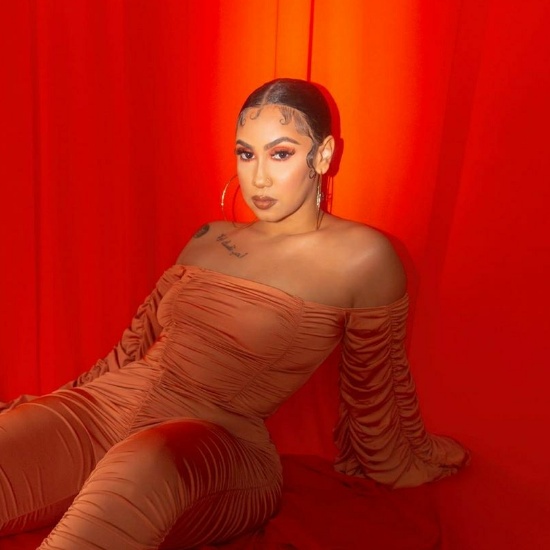 Queen Naija is putting the finishing touches on her debut album missunderstood, and she's shared a couple more new singles and videos in anticipation of the project.

“Lie To Me,” the first of her two new singles, finds Naija teaming up with Lil Durk to sing the praises of a toxic relationship. Over a sample of Bunny DeBarge’s “A Dream,” famously sampled for Tupac’s “I Ain’t Mad At Cha,” she sings about being unbothered by her man's entanglements. She knows that she has his heart and that they’ll work things out in due time, but for now she’ll accept his lies. Lil Durk comes through on the second verse to give the man’s perspective and share all the disrespectful things he’s done, despite knowing she’s the one he wants. In the Teyana Taylor-directed video for “Lie To Me,” Queen Naija switches up her look with a blonde wig. We see Queen singing in front of the mirror in her bedroom while Lil Durk is writing a song in his, and they later meet up in the studio to vibe and collaborate.

“Love Language” is a seductive slow jam where Naija is asking for her man to realize that she needs some quality time, STAT. “Make me feel I’m the only one you need / I just need some more reassurance / I just need some time just to vibe with you,” she coos. Once again collaborating with Teyana aka "Spike Tey" for the visual, we see Queen waiting at a seedy motel for a sexual rendezvous. We get treated to scenes of her in the hotel room, wearing different sexy outfits, as she patiently waits for her man to show up and show her some good love.

“Lie To Me” and “Love Language” will appear alongside "Pack Lite" on Queen Naija’s official debut album, missundertood, due out Friday, October 30th.