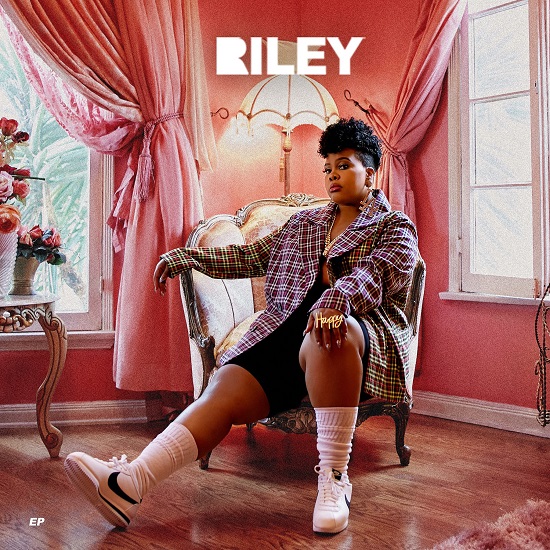 We've asked for it and now it's finally here. Powerhouse singer Amber Riley has finally released her debut musical project. The songstress, who stole our hearts on Glee and stole the show across the pond for her Olivier-winning turn in Dreamgirls, has revamped her image, switched her style up and dropped her first name, now going by the mononym RILEY. That change comes with the arrival of a self-titled EP that shows us a whole new side of the singer than we've come to know.

She introduced the six-song set two weeks ago with single "BGE," which found Amber talking her ish while asserting her attitude. But her confident demeanor isn't the only thing on the menu when it comes to RILEY the EP, working with a close-knit crew of collaborators (e.g., fellow singer-songwriter Jordin Sparks). "Temporary" allows her to flex her formidable vocals on a minimalistic groove as she asserts that she wants a love that will last. Then there's "Creeping," on which RILEY makes a compelling case to keep a love affair on the low over skittering drums that elicit a bounce and roll when you press play. "Ride" utilizes a chill, tropical house-like instrumental that allows the singer to ride the beat like a vet as she offers to be the partner her lover needs as long as he's down to go along on the journey. She walks through the blocks of her upbringing on "Hood Living." While describing the down-and-out times she experienced, she also relates the joy that came with the pain. It's also the only song that has a feature, as BJ The Chicago Kid joins her in celebrating the lessons and the love that they experienced. She saves the best for last with "A Moment." The ballad speaks to needing time to get back to one's self when it seems that the world is against you. It's powerful and a prime example of why RILEY should be a household name.

Though only six tracks, RILEY shows the potential that the singer has to make waves. The effort is enough for us to gladly welcome her onto the scene with hopes that she plans to stay awhile.