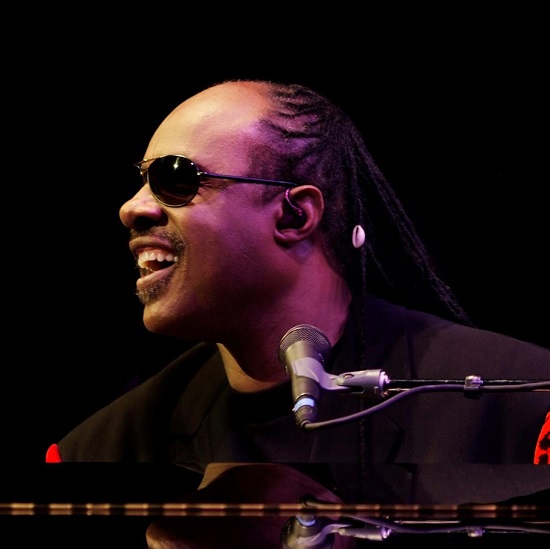 There are several constants in life that one could always rely on, including but not limited to the fact that the sun rises and sets, water is wet and Stevie Wonder has been signed to Motown Records since forever. However, one of those constants has come to an end as Stevie recently announced that he's left Motown to start his own imprint, So What The Fuss Records, with Republic Records. While the star leaving his label home of nearly six decades is a bit of a shock, he's softened the blow by also simultaneously releasing two new singles, "Can't Put It In The Hands Of Fate" and "Where Is Our Love Song," that speak to the tumultuous times we're all experiencing.

"Can't Put It In The Hands Of Fate" is probably the most urgent of the two singles, as it seems to deal with the protests going on in the streets and the battle to be heard in the voting booth. Despite tackling a heavy theme, though, the song sounds like many of Stevie's more upbeat songs. Borrowing percussive rhythms from go-go and adding in his signature harmonica and piano, the song provides enough rhythm to keep us nodding our heads and tapping our feat while listening to the song's message. The song features rhymes from Rapsody, Cordae, Busta Rhymes and CHIKA, but it's Stevie's own searing lyrics that leave the most impact (he offered a preview back in September with a viral video that included him dropping a rare f-bomb in response to "All Lives Matter" rhetoric) as he challenges us to take control of our collective destiny.

Stevie teams with Gary Clark Jr. on "Where Is Our Love Song" as he asks where our hope and motivation are coming from. "Where is our love song? / Where is a song of love? / Not a love song between you and me / But a song of love for all humanity," he sings earnestly on the opening verse. Meanwhile, a mellow guitar melody and hopeful instrumentation and vocal arrangements round things out for the track, which Stevie said he first began writing in 1968 and recently revisited. And showing that he's a man who puts his money where his convictions are, proceeds from the single will be donated to Feeding America to aid in their COVID-19 relief efforts.

The two songs seem to be stand-alone singles, though Stevie has hinted that they could also be included on either an upcoming EP or the follow up to his 2005 album A Time To Love that's been in the works for years now. Either way it goes, both are welcome additions to his discography and worth taking a listen to based on their message alone.