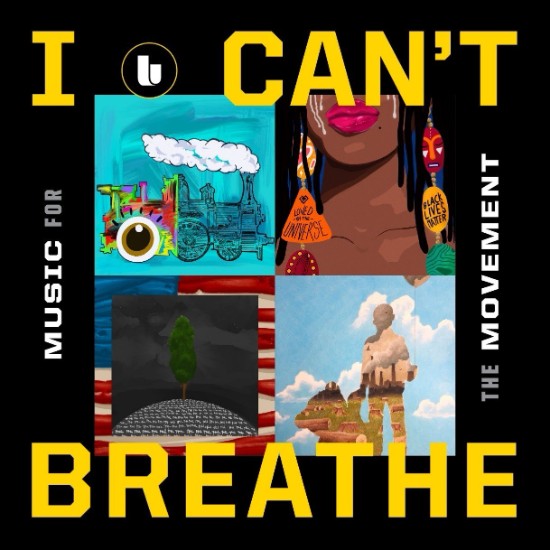 For Black Americans, music has always been a part of our struggle, whether giving a voice to silenced victims, eliciting calls for action or stirring hope for better days ahead. Several artists and record labels have risen to the challenge over the past few months. Now, a collaboration between ESPN's The Undefeated and Disney Music Group's Hollywood Records is the latest addition to our protest soundtrack with The Undefeated Presents - I Can't Breathe/Music For The Movement.

Since its launch in 2016, The Undefeated has been a "platform for exploring the intersections of race, sports and culture." Now they take it a step further with this four-track EP designed to "inspire and spur change." It's an honorable goal and we think they chose just the right mix of producers and artists to carry out the mission. The first two tracks read like a Dinner Party: Dessert reunion. Jamla's dynamic duo, 9th Wonder and Rapsody, offer the project's sole original tune – linking up with Bilal for the powerful song "Pray Momma Don't Cry." Afterward, Alex Isley brings her lovely vocals to a smooth and jazzy reimagining of "People Get Ready," with Terrace Martin and Robert Glasper wearing dual hats as co-producers and instrumentalists.

With its visceral, lyric imagery, heart-wrenching standard "Strange Fruit" is never an easy song to hear. Still, we're blown away at how Jensen McRae's affecting vocals and Rahki's sparse production give this elegy the reverence it deserves. Following the murder of George Floyd, teen singer Keedron Bryant went viral with his poignant and brave a cappella performance of "I Just Wanna Live," a song written by his mother Johnnetta Bryant. Now Dem Jointz (the producer who reworked and added music to the song) and Keedron come together again for a timely update on Marvin Gaye's "Mercy Mercy Me (The Ecology)."

In addition to the talented roster of musicians, I Can't Breathe/Music For The Movement also features gripping artwork for each track – presented as a collage for the EP cover – from NUWARHOL, Al-Baseer, Blue the Great and Laurence "Sketch" Cheatham (all artists of color). Download the album from your go-to digital retailer, visit The Undefeated's website for more culture-driven content and be on the lookout for future projects in support of the movement.