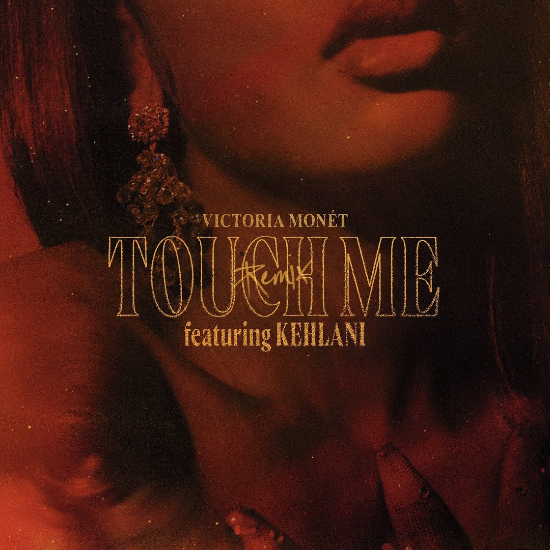 "Touch Me," the steamy slow jam that ended Victoria Monét's debut album JAGUAR, quickly found a place on our sexytime playlists. Now, just in time for cuffing season, Victoria ups the ante by adding Kehlani to the remix and turns the heat up hotter.

It’s been an open secret that Victoria and Kehlani dated once upon a time. Stans and keen listeners may have heard clues about their relationship in songs on their latest albums. While Victoria kept things vague on “Touch Me,” making a reference to her lady boo's tattoos, Kehlani kept it 100 by calling out Miss Monét by name on “Hate The Club” on her album It Was Good Until It Wasn't. The pretty pair are now making beautiful music together on the “Touch Me” remix.

The remix to “Touch Me” skews pretty close to the original with just a few changes in the groove. Of course, there’s the addition of Kehlani, who takes control of the second verse, calling Victoria her  "favorite kind of fruit" and "favorite kind of muse.” Finally, the two harmonize together on the bridge, sharing sweet everythings about their relationship.

In addition to getting her fans in a tizzy about the “Touch Me” remix, Victoria showed love to Kehlani on Twitter. “It feels so nice to finally have music WITH you and not just about you," she tweeted. "Thank you for being all that you are.” It’s great to see these two women not only winning in the music industry but also winning together.