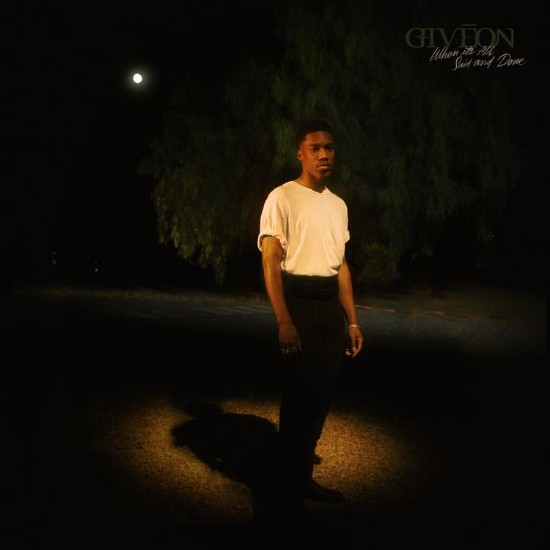 This year has caused many things to slow down or even come to a halt. Thankfully, for rising artist Givēon, it's been quite the opposite. His career received a boost following a high-profile feature on Drake's Dark Lane Demo Tapes. Meanwhile, the debut EP TAKE TIME  allowed the California singer-songwriter to put the world on notice that he's one to watch out for. Now he's back with a brand new project entitled When It’s All Said And Done, a move that undoubtedly ensures he will stay on our radar.

If this is your first listen to this talented artist, the four-track EP is enough to convince you that the buzz is warranted. Givēon's searing baritone vocals are a welcome addition to the current landscape of R&B. With captivating, emotive tones, he proves an effective storyteller as he sings of love, regret and longing. There's a reason When It’s All Said And Done plays out like an on-screen narrative. Givēon explains, “I want everyone to know this project has a story being told from start to finish and I was very particular with the sonics; as if I was scoring a film.”

The title track, more an intro than an actual song, sets the album's tone by discussing "the breakup." On "Still Your Best," he throws shade at his ex's new bae, singing, "That's a downgrade, and you know it," before recounting the many reasons (sensual and otherwise) that he knows he won't be forgotten. The drama continues with a sweltering Snoh Aalegra duet entitled "Last Time." The intimate, conversational feel of the song can be credited to them being in the studio together to feed off of each other's vibes (masked up and socially distant, of course). The narrative ends with "Stuck On You," an emotional tune that exposes his vulnerability.

We can't wait to hear more from Givēon in the near future. For now, download When It’s All Said And Done and keep up with the artist on Twitter and Instagram.

Givēon When It’s All Said And Done [Amazon][Apple Music]