Coco Jones Dishes About The Road To Stardom With ‘Hollyweird’ 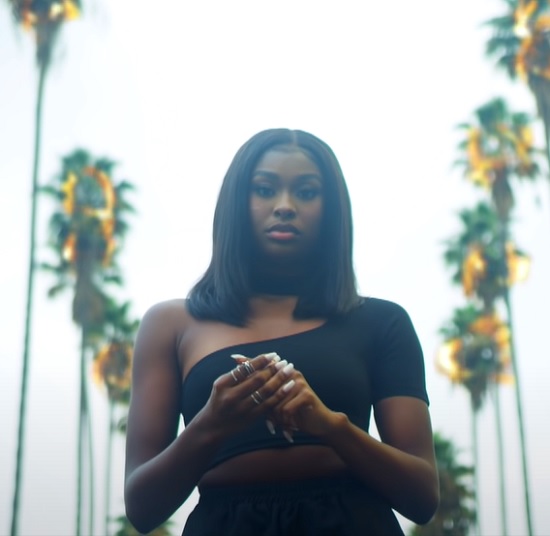 For many a star, the road to stardom isn't an easy one. That's especially true if you strive to be on the big or small screen as you then have to deal with the evils of Hollywood. It's a struggle that former Disney Channel star Coco Jones knows all too well. First coming on the scene as a precocious kid in the series Let It Shine, the singer/actress sets the record straight with her new single "Hollyweird."

On the Sons of Sonix-produced track, she sets the scene for what one can expect when walking the tinsel-covered streets of the City of Angels. "I'm in Hollyweird, Hollyweird / It's getting hella weird / When I’m in Hollywеird / I’m cavalier, just kidding," she sings. "'Cuz all I hear about is all thesе other pretty girls around the world / Tryna be a Barbie girl but girl / It's Hollyweird, Hollyweird / It's getting hella weird." While the sentiment might not be too unfamiliar given the shady reputation of the entertainment industry, what is unique is Coco's vocal, which bounces off the skittering hi-hats and the slightly glitchy chords as she makes her point.

As for the song's sentiment, it's an extension of a YouTube Live video she did in September about her experience as a child star. In it, she addresses her career and the inability of some execs to truly see her talent. "But then they would really hear me sing, hear me act, see me dance, and I'm going hard in the paint. I want it. But because somebody else looks a little more marketable, it doesn't matter, baby girl. So that's traumatizing as a little kid. You don't know how to cope. You're looking at yourself like, 'What did I do?'"

Thankfully Coco Jones didn't stop her grind and those who didn't recognize her talent didn't stop her shine. Keep an eye and ear out for the rising star and peep the visualizer for "Hollyweird" below.


TAGS:  audio, Coco Jones, Sons of Sonix
Previous: Keedron Bryant Releases Holiday EP ‘The Best Time Of Year’ & Continues To ‘Talk About’ Social Justice Next: Bree Runway & Missy Elliott Team Up To Get To The Dollars And Pounds On ‘ATM’