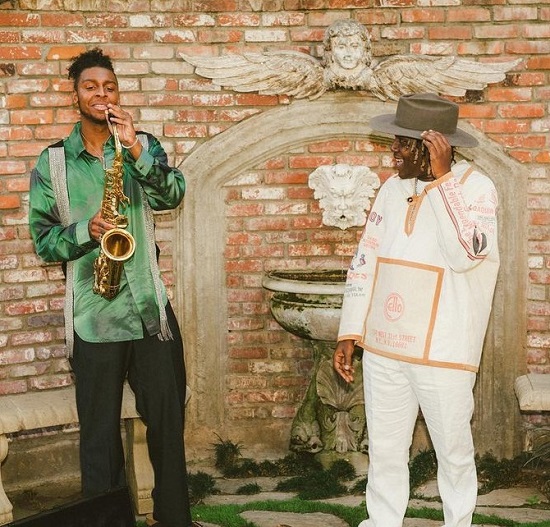 Masego has been making us groove all year in the lead-up to his brand new EP Studying Abroad. But we hope you didn't think he would stop once the set was released. Just before the project arrived, he dropped the third single "Mystery Lady" featuring fellow artist Don Toliver. Now the multi-talented artist is giving us the visual for the track.

Like his visualizers from the set and the "Silver Tongue Devil" video before it, "Mystery Lady" finds Masego chasing after a beautiful and alluring young woman that he can't seem to shake. Only, this time her siren song has 'Sego putting all kinds of mileage on his shoes as after he sees her. Her pull is so strong, in fact, that he's following her all over the city just based on her come hither stare alone. As Masego goes on his wild goose chase, Don Toliver gets in a few puffs and unleashes his featured verse while looking sharp in his white 'fit. The clip manages to capture the dreamy feel of infatuation that the song evokes while adding some texture to Masego's fantasy.

Studying Abroad has more where that came from, of course. Outside of the singles, the six-song collection also features three other chances to listen to Masego in his element — including plenty of solos with his signature sax and the 112 "Anywhere"-sampling track "Bye Felicia" that ends the set. You can stream the project in full below after you watch the video for "Mystery Lady."