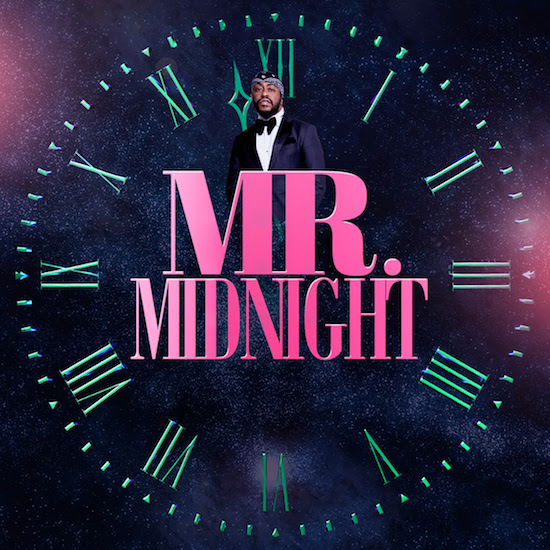 Raheem DeVaughn has never been shy when it comes to singing about sex, and he keeps that same energy on his latest single "Mr. Midnight." DeVaughn sets a sensual scene as he encourages a woman to call him up when she needs some sexual healing in the midnight hour.

Produced by 812LABS Media Group and L'indecis, Raheem flexes his falsetto and flaunts his range on "Mr. Midnight." His vocals are reminiscent of both Marvin Gaye on "Trouble Man" and Christión's "Full Of Smoke," and the track itself provides similar throwback soul vibes with its thick bassline and percussion.

Raheem makes the lady he wants to love down an offer she can't refuse on "Mr. Midnight." He entices her with lyrics like, "Lеt me be your Mister Midnight / In the midnight hour / You just call me up / And I'll satisfy you 'til tomorrow," on the chorus. He has a long night planned and is quite confident that he can satisfy her every freaky need and desire – and his, too.

"Mr. Midnight" will find a home alongside previous single "Marvin Used To Say" on Raheem DeVaughn's new album What A Time To Be In Love produced by The Colleagues. Its rescheduled release date is Friday, November 20th on the SRG ILS label, and it's currently available for pre-order.


TAGS:  812LABS Media Group, audio, christion, L'indecis, marvin gaye, raheem devaughn, the colleagues
Previous: Avant Animates A Romantic Evening In ‘Can We Fall In Love’ Next: Carlitta Durand Is Back & About Her ‘Business’