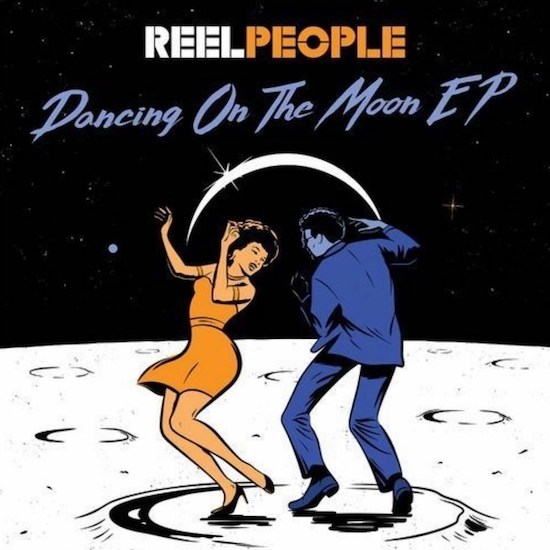 When Reel People and Speech dropped "I Never Knew" back in October, we had a feeling that the pending EP would send us straight to the dancefloor, regardless of what the ‘rona had in mind. Just as we suspected, Dancing On The Moon is exactly what our souls needed as we embark upon the holiday season when a lot of us aren’t feeling so festive. True to form, in just 20 minutes, the Reel People collective lifts our spirits with four original tracks featuring a few of today’s most notable artists.

The project opens with the intoxicating lead single, before slowing things down just a bit with the second release “If I Was Your Man” featuring Michael Champion. The track is pure body-rolling, R&B goodness as he pleads his irresistible case to his lady love. Next up is sultry songstress Chantae Cann with a dreamy bop entitled “Dance In Her Eyes.” Philly’s own Dayne Jordan adds his smooth, signature touch to the familiar tale of finding love on the dancefloor. SoulBounce fam Eric Roberson picks up where the previous story ends with the two-step worthy, instant classic “Save A Lil Love.” The accompanying visual offers some much-needed comic relief as we watch Erro cut quite the rug in the streets with an unexpected dance partner. Dressed to the nines, his stiff companion doesn’t stop him from getting his entire groove on while serving viewers a bit of light-hearted fun in the process.

For a stone-cold groove and a good laugh, be sure to watch the “Save A Lil Love” video in its entirety below. But not before you listen to Reel People’s Dancing On The Moon, add the EP to your collection from your preferred digital platform and keep an eye for their upcoming album Love2, which is set to drop early next year.